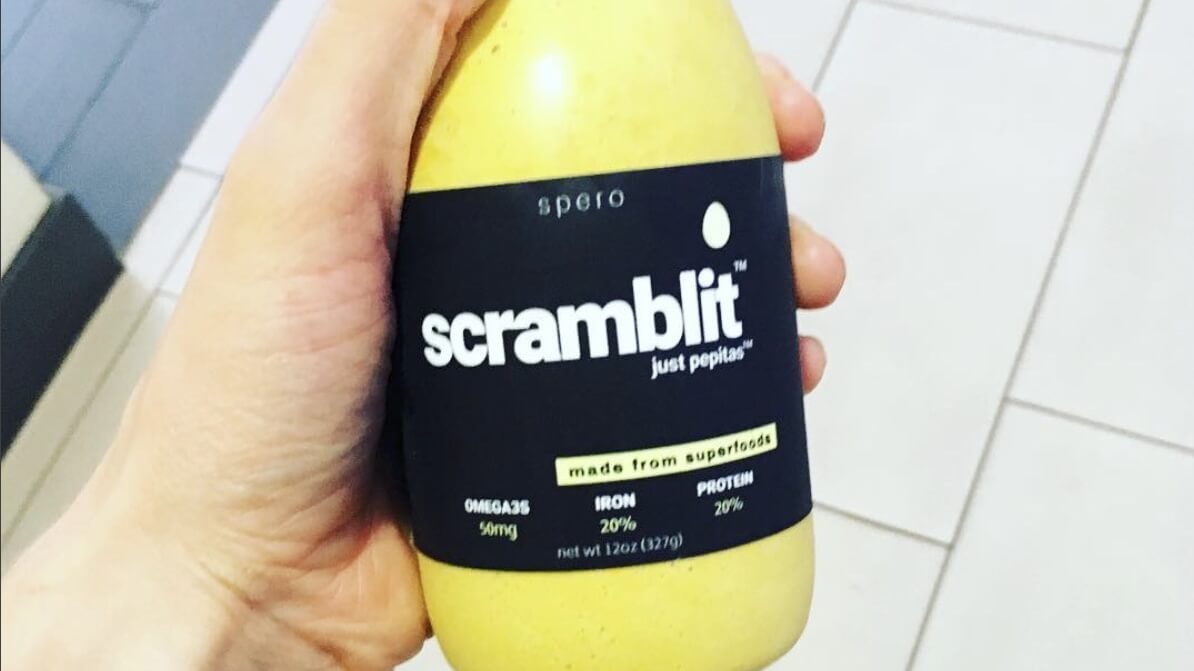 Spero Foods‘ newest product is shaking up the food industry. Scramblit is a vegan “superfood” egg mix that can be used to make omelettes, quiches, or scrambled eggs. It is said to be the first product of its kind.

Scramblit is made using pepita, the edible seeds from squash or pumpkin. Its only other ingredients are water, turmeric, garlic powder, and black salt. On a per gram basis, the pepita contains three times the amount of protein, eight times the amount of iron, and seven times the amount of zinc than an egg from chickens. Additionally, it has 400 times more fiber, 20 times more antioxidants, and twice as many omega-3s than eggs. It is also more sustainable to produce.

The product can be purchased from Mylk Guys, an all-vegan online grocery store that delivers to San Francisco, Berkeley, and Oakland. Describing Scramblit on its Instagram page, Mylk Guys wrote, “Finally! Food without compromise.” It continued, “It’s so good, you won’t believe it’s good for you.”

The nutrition-packed plant-based egg is also free from soy, nuts, and gluten, making it a convenient swap for those with allergies. Since it does not contain animal products, Scramblit is also cholesterol-free.

On its Instagram, Spero Foods wrote: “Did you know that eggs are major iron inhibitor? ? This means that, when consuming eggs with iron containing foods such as spinach, ?eggs block our ability to absorb almost all of the iron.”

“But, the Spero eggs don’t do that. Our omelit™ contains 20% of your daily iron in just 1️⃣ serving AND you can absorb most of it. Get your iron on. Get your Omelit™ on,” it said.

Consumers are increasingly looking for alternatives to eggs to avoid the health, ethical, and environmental impacts of chicken egg production and consumption. Kim Allan Williams, MD, former president of the American College of Cardiology, said in a presentation, “Eggs cause more cancer than processed red meat.” Williams noted, “And processed red meat is on the World Health Organization’s class 1 carcinogen list.”

Research also uncovered the detrimental impact of egg production on the environment. To produce a single serving of eggs, 24 grams of CO2 is emitted into the atmosphere, a vastly higher figure than the 1 to 2 grams that are produced making lentils and beans.

Further, opting for vegan alternatives to eggs, such as those from Spero Foods, Follow Your Heart, or JUST, does not support the cruel egg industry.