The 26th annual Screen Actors Guild Awards ceremony is the latest to announce a vegan menu this season.

It joins both the Critics Choice Awards and the Golden Globes in shifting to vegan menus. The Globes were the first to announce a menu change, just days before the ceremony. The move was praised by actor Joaquin Phoenix who won the Globe for Best Actor in a Drama for his role in “Joker”. He’s been a vegan since age three.

“I’d like to thank the Hollywood Foreign Press for recognizing and acknowledging the link between animal agriculture and climate change,” Phoenix said in his acceptance speech.

“It is a very bold move making tonight plant-based and it really sends a powerful message.”

“I don’t know if I’m even allowed to say this—but I know that he was one of the people who helped arrange that,” Moby said.

“Nothing prepares you for looking into the eyes of a mother pig whose life is to be impregnated and left in a cage until she’s slaughtered,” Mara said. 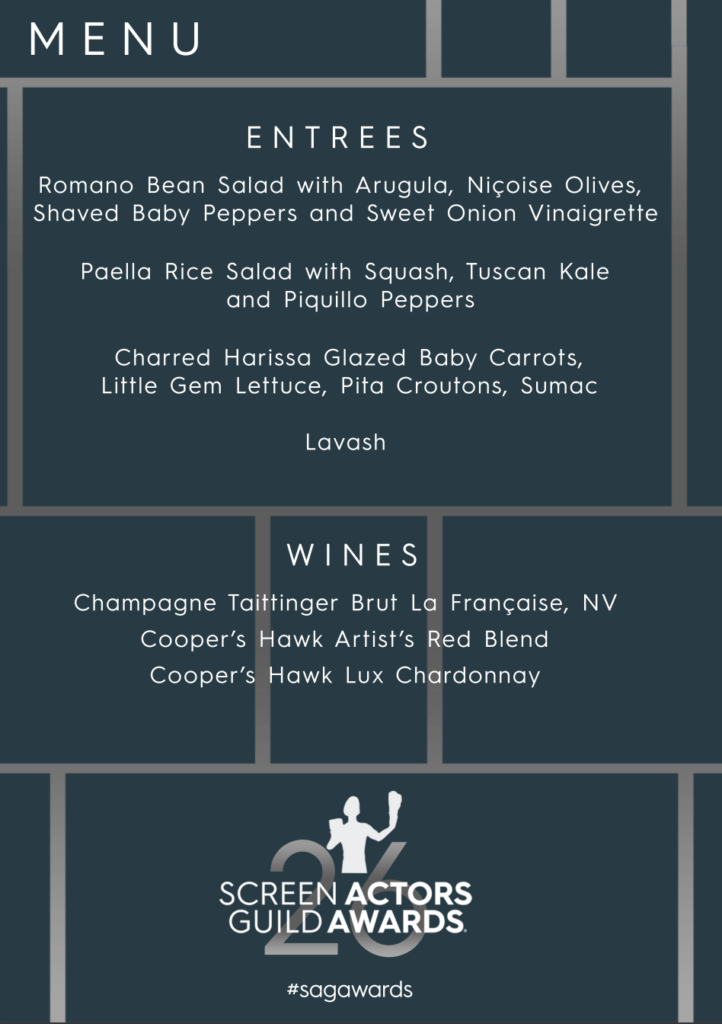 While this is the Guild’s first vegan dinner menu, the group has been working to improve event sustainability for years.

The Guild said the move is part of a “long-standing commitment to sustainable practices.”

It has received the Environmental Media Association Green Seal for 11 years running.

And according to SAG, it has partnered “for multiple years” with non-profit environmental organizations including American Forests.

“For the 25th Anniversary of the SAG Awards, American Forests planted 25,000 trees across the U.S. in a collaborative effort to improve the quality of air, water and wildlife habitat.”