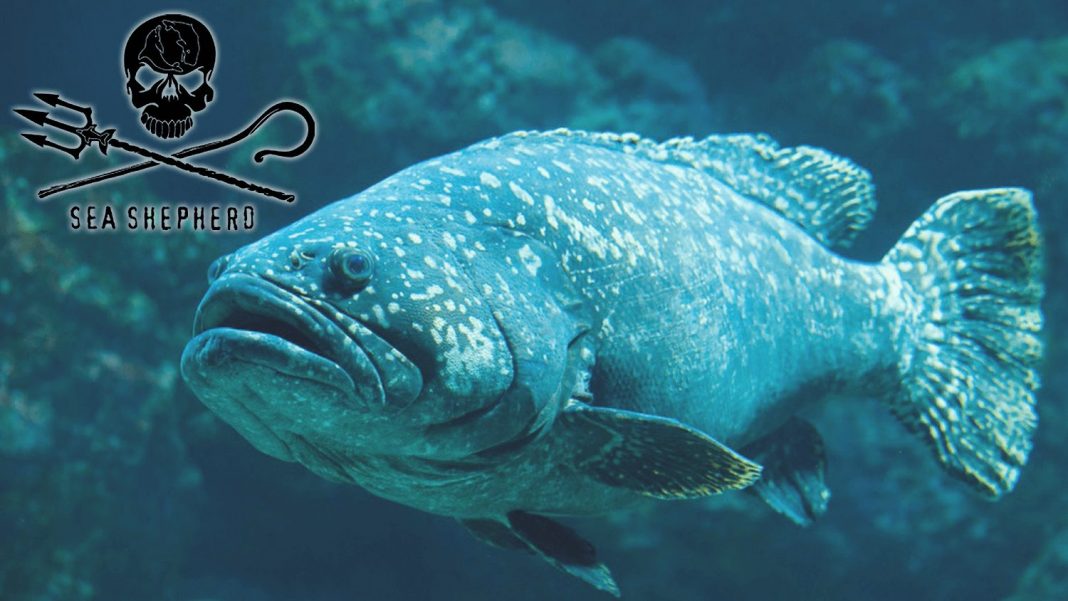 Global ocean conservation organization Sea Shepherd has received the Distinguished Service Order (DSO) from the Liberian Ministry of Defense. The order is the highest military award given by the ministry.

The president of Liberia, George Weah, awarded the organization the prestigious honor for its “exceptional service to the Republic of Liberia” in Operation Sola Stella, a partnership between Sea Shepherd and the Liberian Ministry of Defense which fought illegal fishing in the country.

Launched in 2017, the operation works to stop unreported and unregulated fishing in the West African coastal waters of Liberia. The operation’s name, Sola Stella, is Latin for “lone star,” which according to Sea Shepherd, is the motto for the Republic of Liberia.

Since the operation started, 14 vessels have been arrested for fishing and fishing-related crimes by Sea Shepherd. The organization noted in a video, “hundreds of thousands of sea creatures have been saved, poachers now avoid Liberian waters and wildlife is returning.”

Sea Shepherd CEO Captain Alex Cornelissen and director of campaigns Captain Peter Hammarstedt accepted the DSO in a conferment ceremony in Monrovia on behalf of the organization.

“Liberia has emerged as a regional leader in the fight against illegal fishing and that is thanks to the visionary leadership of the Honorable Daniel. D Ziankahn Jr., Minister of National Defense, and Major General Prince Johnson III, Chief of Staff,” Hammarstedt said in his acceptance speech.

“I am proud and humbled to accept the award on behalf of the brave men and women of the Liberian Coast Guard and the passionate Sea Shepherd captains and crews who spent the past two years at-sea to bring poachers to justice on behalf of all Liberians,” he continued.

What Is Sea Shepherd?

Sea Shepherd helps conserve and protect the world’s oceans and its marine life.

In October last year, it launched a new chapter in Iceland to crack down on commercial whaling in the country, and in June it shut down the largest fishing vessel in the world, the Damanzaihao, which is capable of killing 547,000 tonnes of fish each year.

The organization is also fighting against marine plastic pollution; it launched a campaign in April 2018 to raise awareness of the impact of plastic waste in the ocean. “We can turn the tides, we can stop this invasion,” said Cornelissen at the time. “What we have caused, we now have to fix. Stop the production and use of single-use plastics.”