Sea Shepherd, a marine conservation project best known for its work to stop commercial whaling as detailed on the 2008-2015 Animal Planet series, “Whale Wars”, has announced the opening of a new vegan tattoo studio in Amsterdam. The new studio is the initiative of Geert Vons, the artistic director of Sea Shepherd. All profits from the new business venture will go toward conserving and protecting the planet’s oceans. 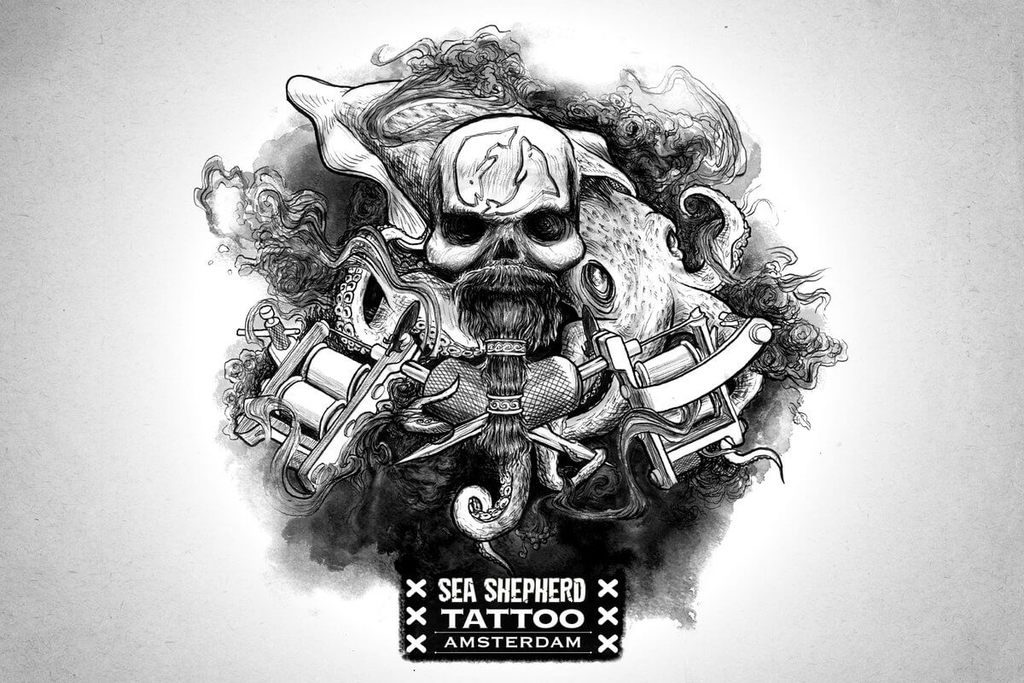 The tattoo studio is an innovative way to simultaneously raise awareness of the marine problems the world currently faces, raise money to fight back against these issues, and get creative at the same time. With the threat that our oceans may contain more plastic than fish by 2050, fundraising from organizations like Sea Shepherd are more important than they have ever been.

If you wish to get a tattoo from Geert and the team, you will need to come prepared with a nautical or ocean themed design to suit the cause. The studio will hold its official grand opening of the venue on March 11th from 12 pm until 4 pm.

Sea Shepherd was founded by and is still run under the leadership of Captain Paul Watson. A longtime conservationist, activist, and former Greenpeace employee, Watson started Sea Shepherd in 1977 and has since been instrumental in the decline of commercial whaling efforts and marine conservation programs around the world.