Sea Chips, the brand behind the UK’s first salmon crisps, has vegan fish jerky in the works. It’s expected that the product will be the first of its kind.

Founder Daniel Pawson told Food Navigator that he believes in being ahead of the curve. Launched in 2016, Sea Chips makes use of salmon skins typically discarded by the industry for its snacks. Vegan seafood jerky comes at a time when people are under pressure to eat less meat, Pawson noted. He expects that the sustainability angle will draw in customers.

In the face of proposed EU legislation that would force vegan food producers to use less analogous terms — like veggie discs instead of veggie burgers — Pawson will still call his company’s product “jerky.” “I quite like linking it back to the actual meat fill products,” he said. 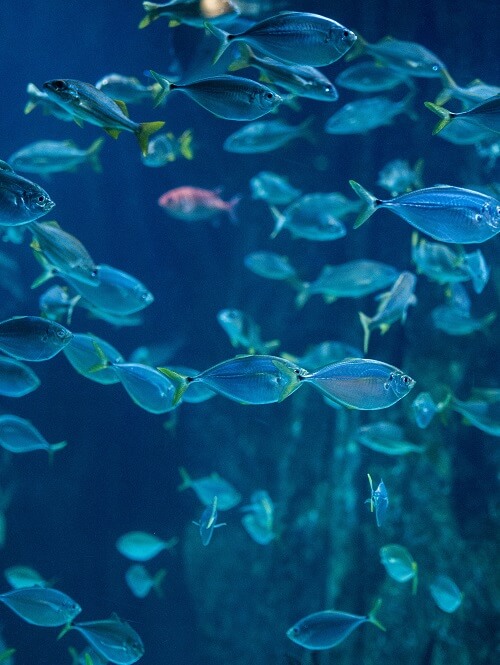 Earlier this week, the latest report from the Intergovernmental Panel on Climate Change (IPCC) revealed that the way we eat needs to change drastically in order to prevent a global crisis. Animal agriculture industries like meat and dairy emit significantly more greenhouse gases compared to crops, meaning switching to a plant-based diet reduces an individual’s carbon footprint.

Overfishing is a driver of climate change as well. Nearly 90 percent of the world’s fish stocks are overexploited, according to the Food and Agriculture Organization of the United Nations (FAO). New Harvard research revealed that overfishing has another consequence: more neurotoxins in seafood. The rate at which humankind fishes as well as rising ocean temperatures has led to higher levels of harmful toxins like methylmercury in common fish like tuna and cod.

“We wanted to show people that [climate change] can have a direct impact on what you’re eating today, that these things can affect your health,” Elsie Sunderland, a researcher and environmental chemist at Harvard University, told Al Jazeera. “Not just things like severe weather and flooding and sea-level rise.”

Concern over the health of the oceans and marine life has given way to brands, such as Good Catch Foods and Gardein, making vegan seafood.

A June 2018 report from True Industry News revealed that more consumers are turning to vegan jerky as a healthier alternative to beef. Brands like the Louisville Vegan Jerky Co., Upton’s Naturals, NOBLE Jerky, and Primal Spirit Foods are key players in the space.

There’s no timeline for the release date, Pawson said, but it’s something Sea Chips is working on.