Joel Manby, the CEO of SeaWorld Entertainment, has resigned, the company announced this week. Manby reportedly stepped down as the head of the company due to a net loss of $20.4 million in the fourth quarter of 2017.

Over the course of 2017, profits for SeaWorld profits continued to drop as consumers, celebrities, and animal rights groups continue to pressure the organization to end its orca captivity program. Back in August, it was reported the company lost $175.9 million in the second quarter. The company blamed this on competitors such as Disney and Universal, but also on widespread ‘misconception’ about how their animals, orcas, in particular, are treated.

In November, the results of the theme parks third quarter were reported and again, profits were down. Once more the company blamed this on “public perception issues.” Manby, however, said in a statement at the time he was confident the figures would return to normal. “We remain confident in our plan to drive growth over time by addressing reputational challenges and creating fun and meaningful guest experience,” Manby stated. This confidence, however, was short-lived. 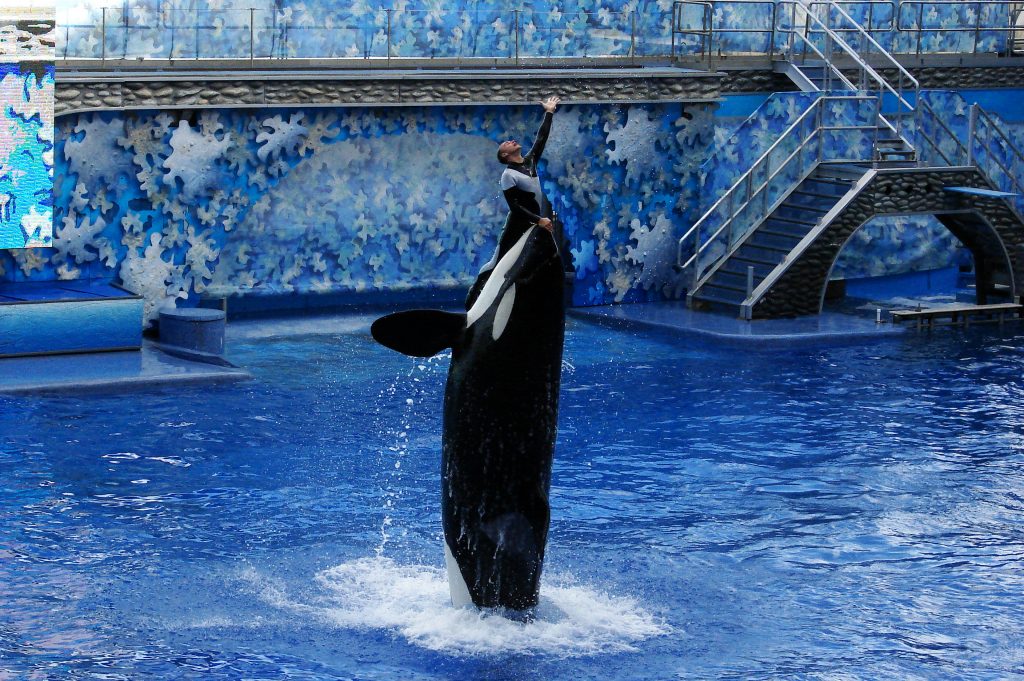 SeaWorld’s problems have been largely connected to the popularity of Netflix’s shocking 2013 expose “Blackfish,” which exposed the harsh conditions of orcas under SeaWorld’s care. The death of Tilikum is also a factor, the killer whale and defacto “star” of “Blackfish” was captured and kept by SeaWorld for 25 years; his death in captivity saddened many. The company attempted to win back fans by announcing the end of the orca breeding program. However, it seems this step was simply not enough to keep profits up.

UK travel giant, Thomas Cook, recently announced it would no longer be supporting SeaWorld, withdrawing all advertisements of the park. “We have taken steps to remove promotional content for all animal excursions, in line with our animal welfare policy,” a spokesperson for the company said. “This includes adverts, social media promotional campaigns and blog content across our websites and social media channels.”

Animal rights organization PETA commended the decision: “By suspending online promotions of SeaWorld, Thomas Cook has shown that it understands that holding orcas captive for entertainment is unacceptable.”

Company insider John Reilly will serve as interim CEO until SeaWorld can find a permanent replacement for Manby.