According to Orlando Weekly, the ride will be re-branded ahead of the 2019 season and renamed “Super Grover’s Box Car Derby.”

The publication notes that the rollercoaster is the last attraction to be rebranded in a long process of removing traces of Shamu – SeaWorld’s mascot and one of its most famous captive orcas – from its parks. In Orlando last year, the Shamu Emporium gift shop was renamed the SeaWorld Store and two years ago, the “Dine With Shamu” experience was rebranded as “Dine With Orcas.”

The original Shamu performed in SeaWorld for six years after her capture in the 1960s, dying in 1971. Since then, her name has lived on in the park’s shows with many orca stars given the stage name of Shamu. 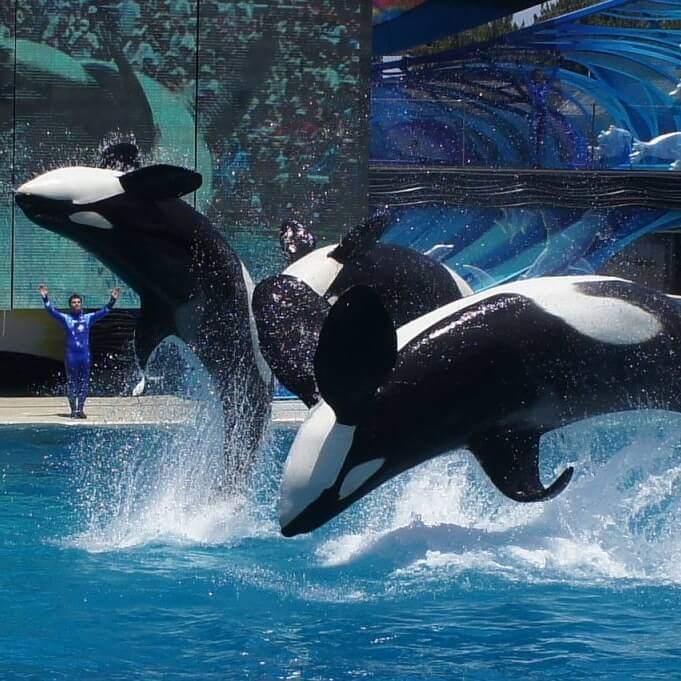 Since the success of the 2013 exposé “Blackfish” – which saw trainers and former SeaWorld employees coming together to reveal the sad truth of the lives of captive orcas – SeaWorld has come under fire for neglecting animal welfare. Because of this, the park is falling out of favor with consumers, with ticket sales and profits falling.

Despite ending its orca breeding programme in 2016, the park still holds 21 orcas captive alongside a number of other animals including penguins, seals, and dolphins. There are routine calls from activists, celebrities, and members of the public to move the remaining orcas to a sea sanctuary and stop their performances for good.

Personal trainer to the stars Kathy Kaehler recently teamed up with animal rights organization PETA (People for the Ethical Treatment of Animals) to create a mock exercise routine for orcas. With moves such as swimming in tiny circles, screaming out for your baby, grinding your teeth, and floating listlessly, the video highlights just how small the tanks are at the park and how depressed the orcas can be.

“That’s all the moves I can show you,” said Kaehler. “Because until SeaWorld sends the animals to a seaside sanctuary, that’s pretty much all the orcas at SeaWorld can do…well, besides, dying way earlier than they would in the wild, they could do that too.”