Los Angeles’ first SEED Food and Wine Week begins Wednesday, May 23. This premiere multi-day event will celebrate the best of plant-based food, wine, wellness, and culture through a series of panels, chef dinners, fitness events, and more, all leading to the grand finale – Eat Drink Vegan – a vegan food and beer festival. The first evening of SEED kicks off the festivities with a Fashion & Art Show, featuring cruelty-free fashion brands that exude both style and sustainability.

The fashion show will be held at The Roxy, an iconic performance and entertainment venue in Hollywood. Celebrities, models, and influencers will strut the runway wearing the hottest ethically-made designs, all free from animals. Participating designers include Vegetaryn, BeetxBeet, Bead & Real, Moo Shoes, Doshi, Miakoda, Bhava, Dauntless, and more. The designers embody a wide range of styles, from chic athleisure to evening attire, and everything in between. 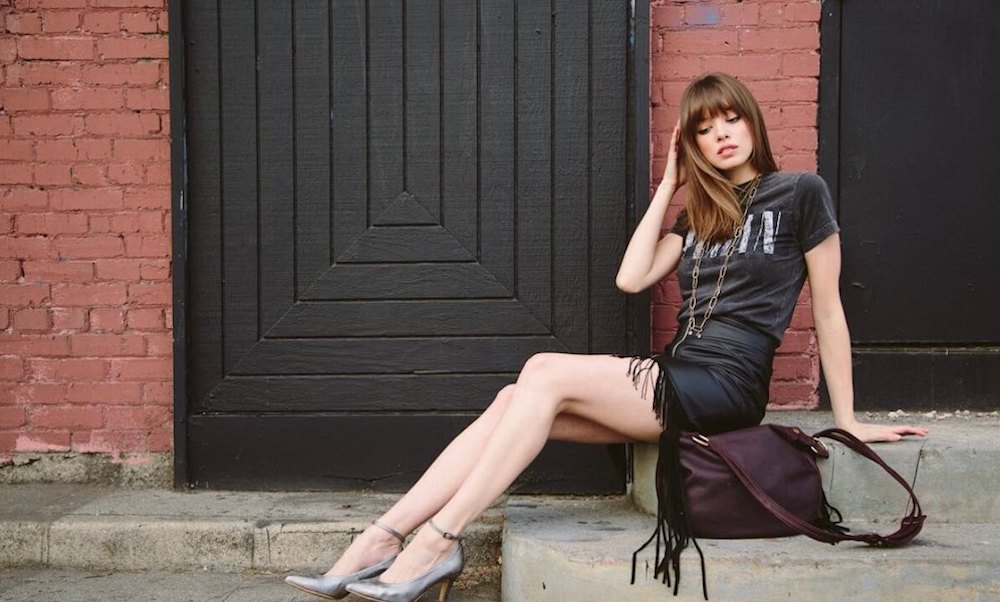 Taryn Rasgon, the founder of Vegetaryn, will be hosting along with fellow designers Le Fou, Jacky Wasserman, and Sica Schmitz. When asked about her fashion philosophy, Rasgon said, “Wearing animals for fashion is so outdated. There are tons of vegan, cruelty-free and sustainable brands that make alternatives to leather, wool, silk, and fur – it’s the future!”

Asher Brown, animal advocate and owner of Pollution Studios, echoed Rasgon’s sentiments. “I’m a firm believer that the clothes you put on your body has just as much of an impact as the food you put inside it, and it’s an honor to be a part of such a badass ethical fashion team.” Brown, who will be walking the runway, also noted, “This will be my runway modeling debut, so my goal is to help save as many animals as I can while also not falling down.”

The runway will also be graced by seasoned professionals, such as Olympic gold medalist and activist, Dotsie Bausch. Prior to her Olympic career in women’s track cycling, Bausch dominated the runways of the high-fashion world. She commented, “In my early twenties I walked the runways of New York in fashion that was created from immense suffering and cruelty and I never thought twice. Now, 25 years later, living as an ethical vegan, I am so proud to walk down the runway at Seed Food and Wine in LA in fashion that is changing the course of how we behave toward other living beings and how we, as a society, will chart the roadmap for the future of our world.” In addition to her modeling and athletic career, Bausch is also an active advocate for the animals, founding her non-profit, Compassion Champs, and the latest anti-dairy campaign, Switch 4 Good.

Attendees will also be treated to a variety of entertainments that extend beyond the runway. Le Fou (Constantin) of the Vegan Club will hold a live art demonstration while DJ Whitney Day spins tunes. Further, guests will be offered light bites provided by Plant Food & Wine, in addition to a signature craft cocktail by Jason Eisner, the celebrated beverage director of Cafe Gratitude and owner of the Highland Park high-vibe bar, Block Party.