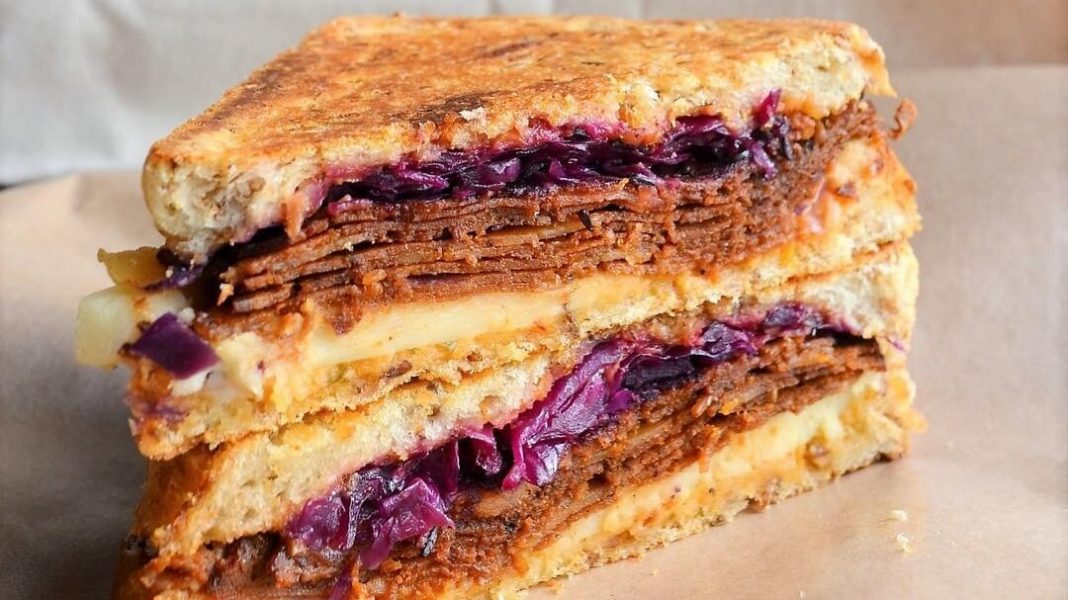 As more people become interested in the health, environmental, and ethical benefits of veganism, the plant-based food category is soaring. In particular, vegan meat product seitan, a chewy protein-rich food made from wheat gluten, is standing out above the rest.

A Research and Markets report revealed that the global meat substitutes market is set to reach $5.81 billion by 2022, with a compound annual growth rate (CAGR) of 7.5 percent. The growing preference for vegan diets as well as rising health awareness is expected to fuel market demand further, the report says.

Whilst soy-based meats have long been a leader in the field, wheat-based food is set to take over in coming years; the market for wheat-based protein is forecast to hit $308.3 million by 2022, with a CAGR of 9.9 percent. It’s estimated that seitan will hold a CAGR of 10.2 percent, overtaking both mycoprotein and soy-based meat.

SPINS data suggest that a majority of seitan’s market growth is coming from the mainstream channel. Speaking to New Hope Network, Michelle Gillespie, Natural Insights Analyst for SPINS, said that seitan “has shifted to a mainstream conventional trend.”

The vegan meat has even surpassed the growth of longtime plant-based favorite tofu. “As plant-based protein alternatives become more common beyond tofu and veggie burgers, tempeh and seitan are becoming a go-to product type for everyday consumers, with products such as Lightlife’s veggie bacon,” said Brent Coons, SPINS’ Director of Natural Insights.

That bacon tho. ? @thesheridanroom doesn’t mess around with their VLT which features our #vegan Bacon. You’ll find some of our other products on their menu, plus vegan Fried Chicken the first Tuesday of each month. ?

Besides the fact that most people are choosing vegan food for health and ethical reasons, not because they dislike the taste of animal products, researchers note that meat substitutes are useful for those transitioning to a meat-free diet.

Hana Kahleova, director of clinical research for the Physician’s Committee of Responsible Medicine, explained, “Processed plant-based foods like veggie sausage, bacon, or vegan cheese can be useful for some to use as transition foods, because they provide the taste of animal products people are accustomed to consuming, with fewer health risks,” Kahleova told Food Navigator. “While they may not be as healthful as whole plant foods, they’re often much lower in cholesterol, fat, and saturated fat than animal-based foods.”