(Updated November 2020) Vice President-elect Senator Kamala Harris says Americans need to be educated about the impact that meat production has on the planet.

Harris, who made history this November as the first woman, first Black woman, and first Indian-American woman to be nominated to the office of Vice President of the United States, has made her thoughts about meat production and climate change well-known.

Speaking to CNN during a town hall on the climate crisis in 2019, Harris said that, although she does enjoy the occasional cheeseburger, the U.S. government needs to create incentives for Americans to make more environmentally-friendly decisions with their food.

“I love cheeseburgers from time to time, I just do,” she said. “But there has to be also what we do in terms of creating incentives that we will eat in a healthy way, that we will encourage moderation, and that we will be educated about the effects of our eating habits on our environment. 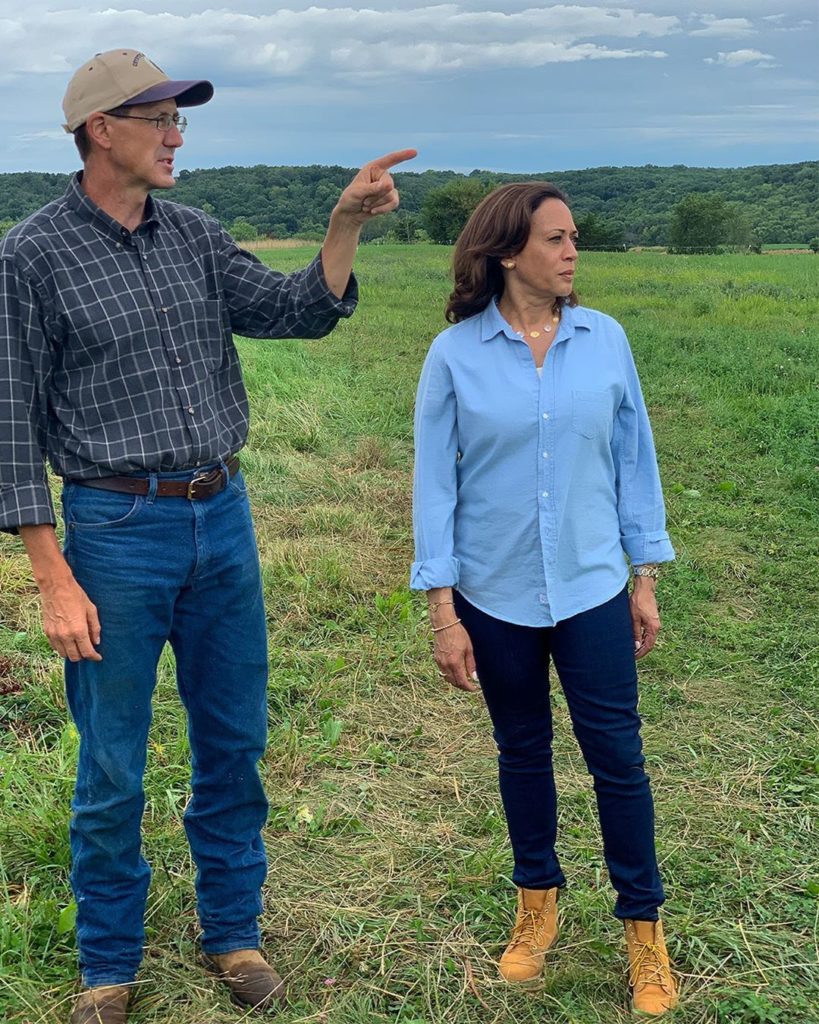 Where Does Kamala Harris Stand on Climate Change?

As a senator, Harris released a $10 trillion climate plan, aiming to make the U.S. a carbon-neutral economy by 2045. The plan—which is “about putting people first,” she said —centers on carbon-neutral electricity and zero-emission transportation.

How will the Biden Administration Tackle the Climate Crisis?

Harris joins President-elect Joe Biden in prioritizing the climate crisis as an urgent issue facing all Americans, and the world. While on the campaign trail, the Harris-Biden ticket promoted their plans to tackle the climate crisis. They focused on agribusiness, greenhouse gas emissions, the meat industry, animal testing, and food justice. A few key points: