Senator Marco Rubio [R-FL] says America’s current meat shortage due to the coronavirus lockdown is reason for the nation to go “a little vegan.”

He told Fox and Friends this morning: “Unlike other supply chain issues, this has nothing to do with anyone overseas. This has to do with how many people can you make work inside one of these processing plants—they’re all very close to each other and there’s a public health risk,” Rubio said of the crisis currently impacting the nation’s meat supply. “So there’s been disruptions there. I know people are working hard to get that resolved. In the meantime, I guess we’ll have to go a little vegan, right?”

Meatpacking plants and slaughterhouses are shutting down in record numbers across the nation as the coronavirus spreads in unsafe working conditions. Employees in these operations are often forced to work long hours on production lines standing “elbow to elbow,” making it difficult to observe current social distancing recommendations. 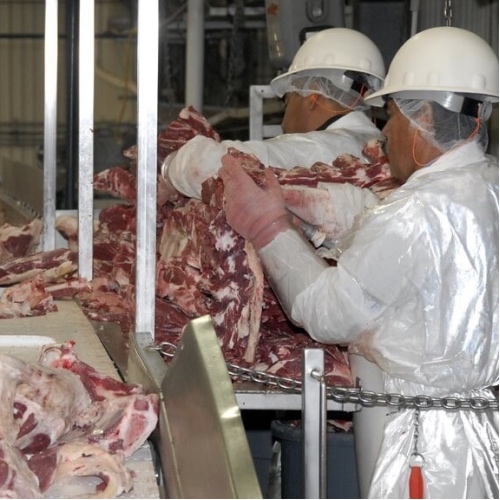 Coronavirus is spreading among slaughterhouse workers.

“Yeah, we’re working with Tyson, we’re going to sign an executive order today, I believe. And, that will solve any liability problems where they had certain liability problems and, we’ll be in very good shape,” the president said during an event at the Oval Office.

Fast-food chain Wendy’s has pulled back on its meat offerings in several locations due to the shortage. Big box retailers like Costco and Sam’s Club have started limiting consumer meat purchases in an effort to maintain supply.

Rubio’s vegan assessment may not be far off from reality. Consumers have been increasing their spending on vegan products, specifically meat. Nielsen sales data from March show a 280 percent surge in vegan meat sales. Other vegan products are seeing spikes as well; oat milk sales soared by more than 467 percent in March.