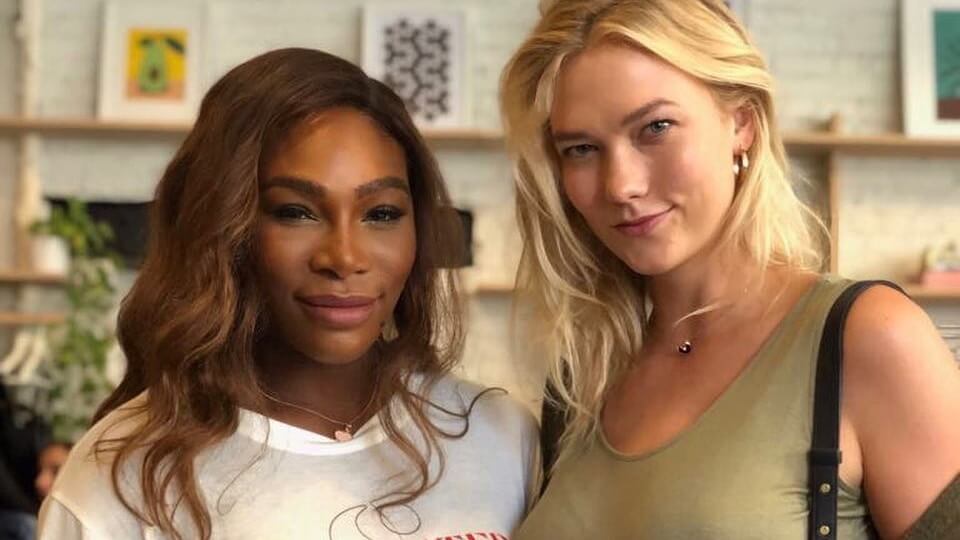 Serena Williams, a plant-powered tennis player, entrepreneur, and mother, has launched her own vegan clothing line, aptly titled “Serena.” The new collection already has a host of celebrity fans, including supermodel and “Kode With Klossy” founder Karlie Kloss.

As reported by Refinery29, Williams has updated her brand to be more inclusive with the “Great” collection. It features sizes 1x to 3x (14-24) in casual hoodies and sweats, workwear, and date night dresses.

Speaking to the name of the collection Willams told Neighborhood Goods,  “I’ve never been thin, even as an athlete. I’ve always been curvier, or larger. But I felt like ‘plus’ isn’t a word I’d use to describe a lot of women. The people that I know who are a bit curvier… how do I think of them? Well, I’m inspired by them. They’re great. So that’s it— that’s the word: ‘great’.”

We want everyBODY to be #BeSeenBeHeard, because we are all GREAT. Introducing our GREAT collection, a selection of styles with extended sizing. Available now online (we ship worldwide!) In the Dallas area? Shop the GREAT collection today at our @neighborhoodgoods pop-up! Open now through December 30th ✨#allgoods

Designed to empower women, everything in the range is 100 percent animal product-free and affordable, with prices ranging from $35 to $250. Speaking to WWD earlier this year, the Grand Slam champion revealed she designed the line with the aim of encouraging women to stand out, be confident, and be themselves.

“The customer is a girl or a woman who believes in herself, or wants to believe in herself; maybe she’s feeling unconfident that day,” she said. “And someone that is unapologetically themselves, and that maybe they stand out; maybe they stand out because they are strong or they’re beautiful or they want to not be the norm. Our woman is someone who looks at fashion as a compass to show who they are, to show what they are.”

A former fashion student, Williams is not just multitalented, but she is also compassionate and health-focused. She has even invested in vegan businesses in the past, such as the frozen food delivery company Daily Harvest.

The athlete is also a new mother; she gave birth to her daughter Alexis Olympia last year. Speaking to the Mirror in July about breastfeeding and her diet, she said, “I literally have my chef total vegan. Not french-fry eating vegan. Totally eating completely healthy.”

The new fashion line, Williams notes on her website, is about empowering women to deal with new challenges, be it aspects of new motherhood or a new career path. “I know it’s not always about perfection, but being prepared for whatever life throws in your direction,” she says. “My designs are inspired by strong, sexy, sophisticated, sassy, sure, smart, stylish, silly, and spontaneous women who are living their best lives, or making it up as they go – kinda like me.”