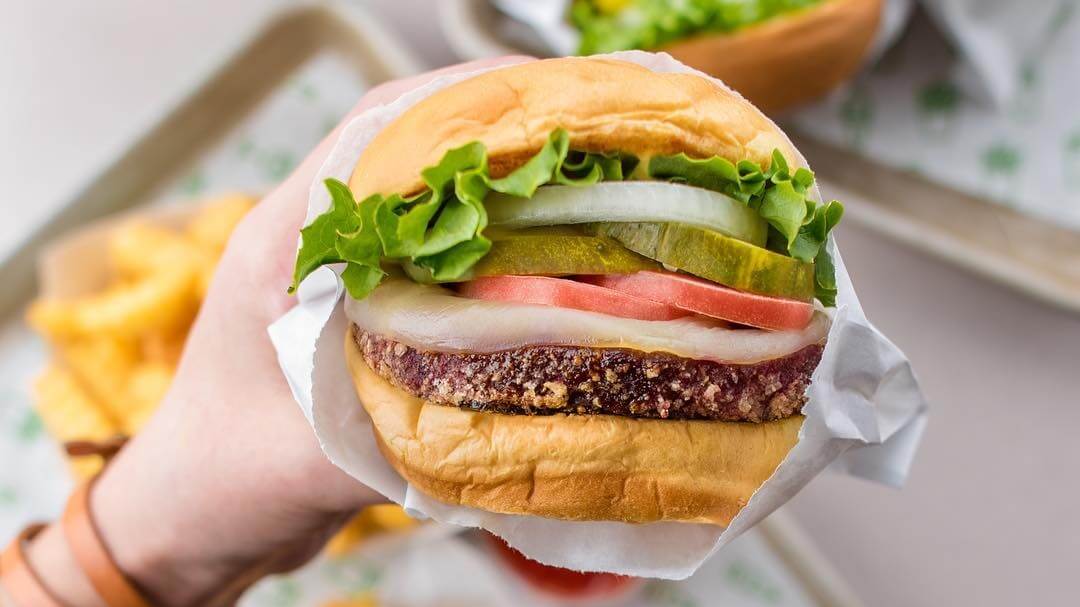 The popular fast-food chain, Shake Shack, now carries the vegan-friendly Veggie Shack burger in all nine of its Texas locations, according to the latest report by CultureMap Dallas.

Featuring a patty made from brown rice, black beans, and beets, Shake Shack’s latest burger is topped with provolone cheese, lettuce, onions, pickles, and a vegan mustard-mayo. The burger can be made vegan by leaving out the cheese and requesting a gluten-free bun or lettuce wrap (the restaurant’s standard bun contains dairy).

In comparison to other meaty vegan burgers such as the Beyond Burger and the Impossible Burger, both of which have gained fame for tasting like a beef patty, the Veggie Shack is surprisingly plant-forward in terms of ingredients, flavor, and texture. Some reviewers have noted that it tastes similar to a falafel burger.

The vegan-friendly Shake Shack burger was initially introduced to select Shake Shack test locations in April, first in the fast-food chain’s hometown of NYC, followed by locations in Los Angeles and Austin. According to a Shake Shack representative, the Veggie Shack’s full Texas debut is part of an ongoing national rollout. No timeline has been announced for its future expansion.

A Shack spread that’s hard to beet. ? Have ya given our Veggie Shack a shot yet? We’ve even got a version for our vegan fans! ?? #shakeshack

The Veggie Shack is not Shake Shack’s first foray into veggie burger territory, but it represents the chain’s first effort to create a vegan-friendly, authentic fast-food burger experience. The vegetarian “Shroom Burger,” which consists of a deep-fried Portobello mushroom cap stuffed with melted muenster and cheddar cheese topped with lettuce, tomato, and signature sauce, cannot be made vegan upon request, nor does it feature a burger patty.

Across the nation, meat-heavy restaurants are adding vegan food options to menus in order to cater to the growing demand for plant-based food. The trend is largely driven by millennial consumers, who cite health concerns, animal welfare, and climate change as reasons for avoiding both meat and dairy.

NY-based fast-casual burger chain Bareburger also offers vegan burgers with vegetable-centric patties much like the Veggie Shack. And earlier this year, the sustainability-focused burger joint increased its vegan offerings by adding the Beyond Burger and Impossible Burger to its growing Vegan & Vegetarian menu, answering the call for healthier, plant-based options.