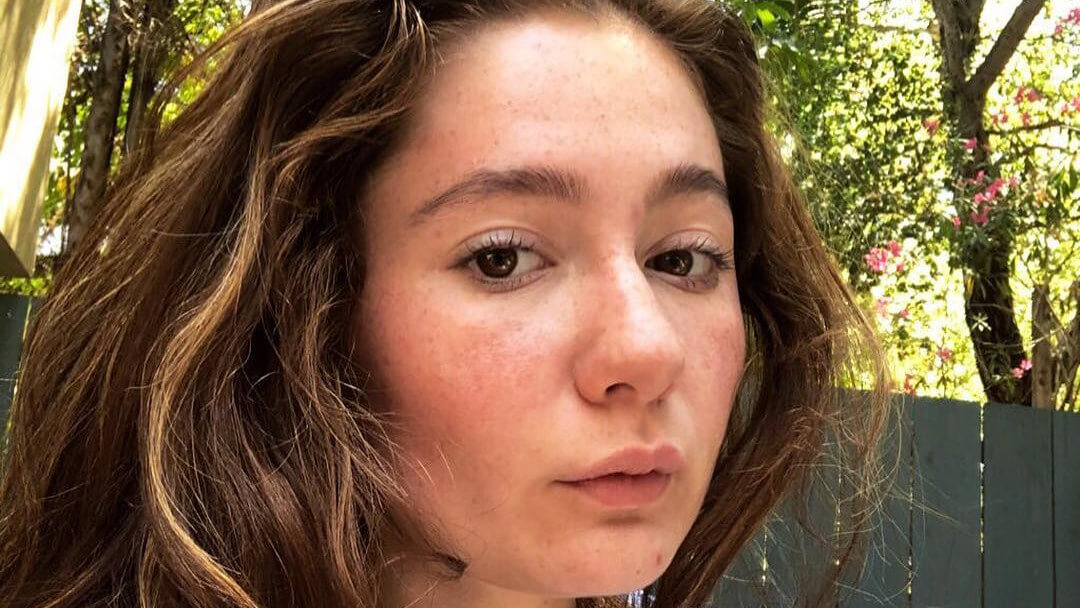 Actor and animal welfare activist Emma Kenney has a strong message for people who want to wear fur. The “Shameless” star appeared in a recent anti-fur campaign for international animal rights group PETA (People for the Ethical Treatment of Animals) where she matter-of-factly stated: “[I]f you really want to look fresh, you should not wear anything dead—like fur.”

“Fur doesn’t just grow on trees and fall from the skies. Let’s get real,” Kenney said in the video. “Billions of coyotes, foxes, rabbits, minks, raccoons, and other animals are killed for their fur every single year.”

Kenney went on to describe the plight of coyotes, whose leg are crushed by the metal jaws of foot-hold traps, and, often, left to suffer alone in agony, sometimes for days, until they are killed by a hunter or until they die from blood loss, shock, dehydration, infection, or frostbite. Other animals whose pelts are destined to be turned into fur fashion are kept in cramped cages until they are poisoned, beaten, or electrocuted before being skinned alive in the name of profit.

Much of the fur in the U.S., Kenney added, comes from China, where some farms keep cats and dogs captive for their fur, which is labeled as being from another species when it’s turned into clothing or accessories in America. “Forget fur. In fact, f*ck fur,” she said.

The “Shameless” star then delivered some good news: many major fashion labels have banned fur from future collections on the grounds of animal welfare. Versace, Gucci, Diane von Furstenberg, Michael Kors, Burberry, and others have all turned their backs on fur. However, the labels have not gone entirely cruelty-free: many still use animal-derived materials like leather, wool, silk, and angora.

Some cities and markets have voted outright to ban the sale of fur, which is slowly falling out of favor with high-profile celebrities like Kim Kardashian, who was known for her love of fur fashion. On the legislative front, lawmakers are also taking action against the cruel industry. Last month, the city of Los Angeles voted unanimously to ban the sale of fur, joining San Francisco, West Hollywood, and Berkeley in saying “no” to the inhumane trade.