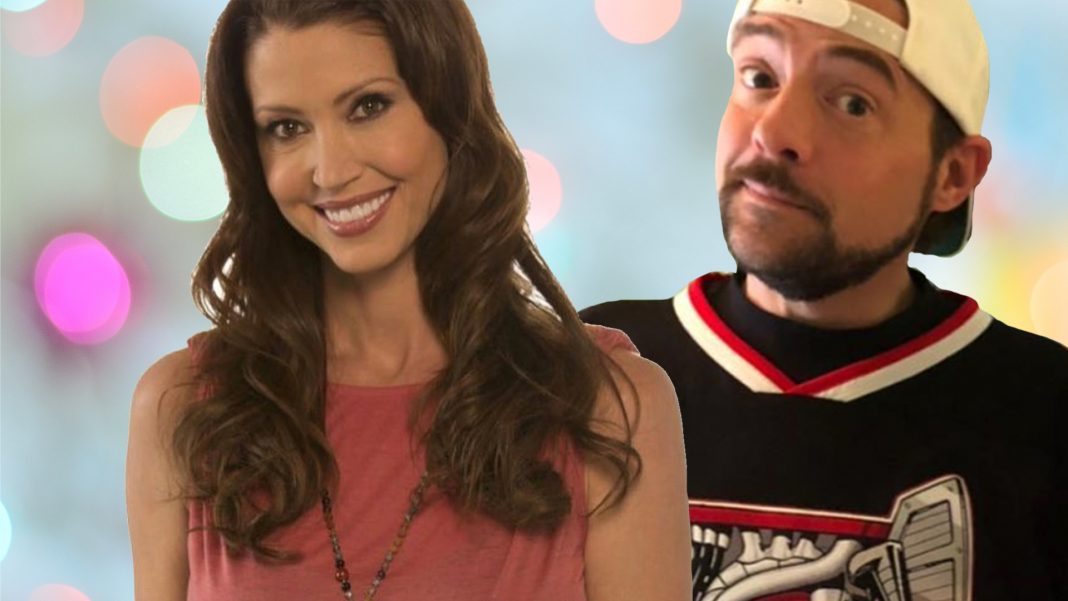 Vegan filmmaker Kevin Smith is getting the cast back together for the upcoming “Jay and Silent Bob” reboot. The New Jersey native announced on Instagram today that actor, activist, and fellow vegan Shannon Elizabeth will appear in the new movie.

Elizabeth played Justice, who appeared to by one-quarter of an all-woman animal liberation group in the 2001 sequel “Jay and Silent Bob Strike Back.” The group was revealed to be a front for a scheme to rob a diamond depository, but nevertheless Justice befriends Jay and Silent Bob.

“And Justice for all! It didn’t feel like a true sequel until @shannonelizabeth stepped on the set of @jayandsilentbob Reboot,” Smith wrote on Instagram. “But it’s almost like she stepped out of a box that was sealed when we wrapped #jayandsilentbobstrikeback – because Shannon hasn’t aged at all!”

“The love of Jay’s life returns to kick our primary plot into gear – and Shannon returned to us from #africa, where she’s been living lately, working to save elephants and rhinos with her @shannonelizabethfdn!,” Smith continued.

Elizabeth has made regular appearances in film and television since then, but she has also kept busy with animal rights through her charity, the Shannon Elizabeth Foundation. The organization aims to raise awareness of the poaching faced by wild animals, including elephants and rhinos.

The 45-year-old actor, who now resides in South Africa, regularly uses her social media platform to talk about animals, the environment, and to share photos of vegan food. “It’s finally in SA! @beyondmeat – the Beyond Burger. @tobyscheckter and @schecktersraw have brought the beyond burger to #capetownsouthafrica,” she wrote in a post last February. “It is such a great burger for people who are transitioning to a plant based diet – all the goodness of a plant based burger and vegan but still tastes like the real deal. Maybe even TOO real… ?”

Elizabeth has also remained a friend to Smith over the years – she extended her well-wishes to the filmmaker following his major heart attack early last year.

Smith is currently in the process of working on the Jay and Silent Bob reboot. A release date has not been announced yet.