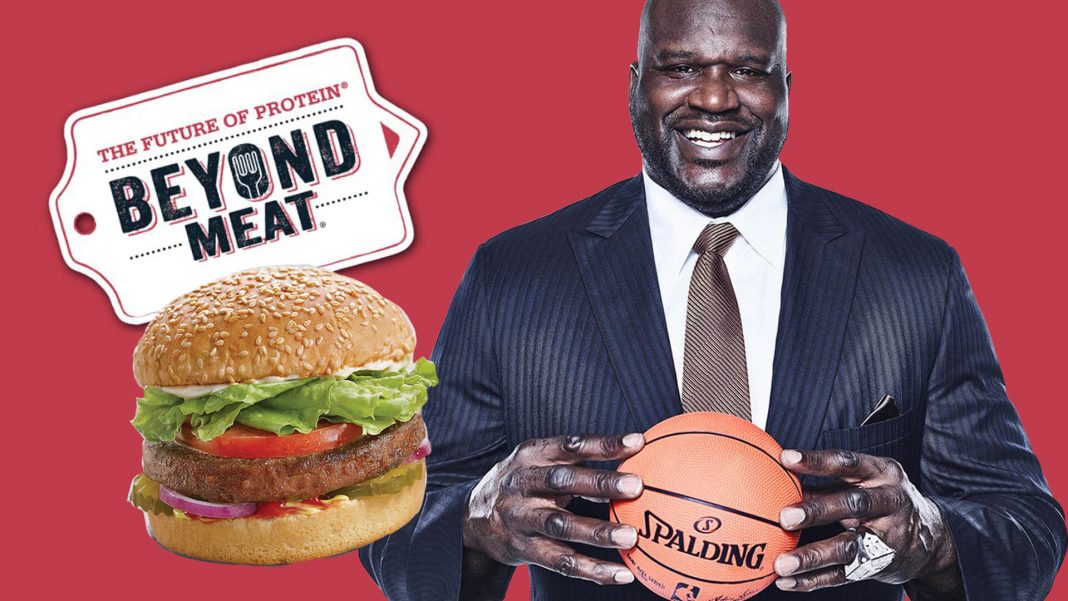 The Celtics point guard is considered one of the top athletes in the sport. He appeared in a new commercial announcing his collaboration with Beyond Meat. “Growing up, I wasn’t the most gifted athlete, but I was determined to become one,” Irving said in the video, adding that he practiced “day and night” to achieve his goal.

“My confidence comes from my journey, my work, my recovery, my diet,” he continued. “Pushing to go beyond where I’ve been.”

The contact with Beyond Meat began when Irving mentioned his new vegan diet, which he adopted during the 2017 off season, in an interview. The food brand reached out and offered to send him samples.

“After playing the amount of games, doing the amount of recovery stuff, working out as much as I do, it demands a very specific diet. Beyond Meat is the best thing that I could be a part of and it only helps me better perform as an athlete,” Irving said in a statement.

The change improved his performance, according to the athlete himself. Speaking to NBA Countdown, Irving said he “had to get away” from animal products. “So my energy is up. My body feels amazing,” the 26-year-old said.

#GoBeyond Play of the Week @kyrieirving

Irving later advertized the benefits of plant-based eating in a commercial for Nike. In the ad, the basketball player is shown dribbling a ball around a court and making an impressive shot. “How’d you do that?” someone asks. Irving responds, “Simple. Plant-based diet.”

“At Beyond Meat, our goal is to provide consumers with plant-based meats that represent the Future of Protein – delicious, satiating protein and fuel for the body that is unburdened by health concerns increasingly associated with various animal meats,” said Ethan Brown, found CEO of Beyond Meat, in a statement. “It’s not surprising to see that world-class athletes who are dialed into their bodies are early adopters of plant-based meat.”