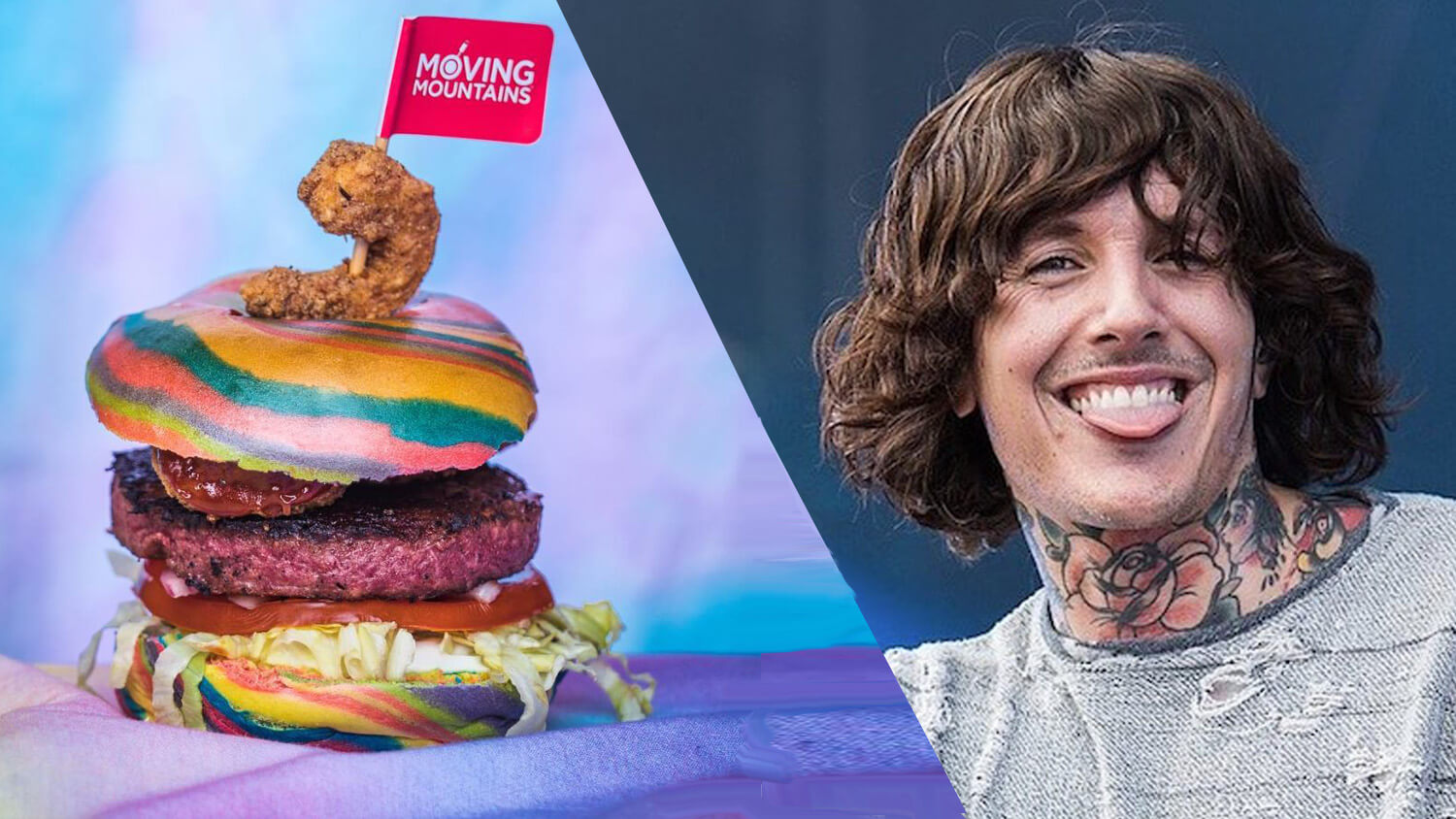 Sheffield vegan eatery Make No Bones has added the plant-based meat-like vitamin B12-packed Moving Mountains burger to its menu. The eatery, Church, Temple of Fun, which has a new kitchen, is serving a special Pride version of the burger, with 30 pence from each patty sold donated to a local LGTBQ+ charity.

Moving Mountains announced the new menu addition on its Instagram page. “Hello Sheffield! The #vegan stars over at @mnbvegan have started serving the #MovingMountains #B12Burger, and even better, they’re making a special #SheffieldPride version complete with a #rainbowbagel bun,” the company wrote. “30p from every burger goes to a local LGBTQ+ charity, so head down to @templeof.fun over on Kelham Island to get stuck in!”

Church, Temple of Fun, is the latest project from Bring Me The Horizon frontman, Oli Sykes. The musician is a passionate vegan and animal rights advocate; his new venture aims to bring vegan-friendly drinks, food, live music, and retro gaming to the northern city, in the listed Osborn Works building.

From 6pm today you will be able to sample our Rainbow Bagel burger takeover for Sheffield’s Pride weekend. ?️‍? 30p of every order will be donated to @sayitsheffield who are focussed on supporting young LGBTQ+ people. • • • #VeganSheffield #Pride2018 #SheffieldPride #SheffieldIsSuper #RainbowBagel #SayItSheffield

“Our building has incredible heritage and I wanted to develop an [arcade bar] concept that truly celebrated and developed that legacy,” Skyes told Kerrang magazine. “We wanted something that fitted with William John Hale’s [the building’s architect] original and stunning design but provided something to wow 21st-century customers. Our strapline is ‘Temple of Fun’ – we provide a whole experience.”

The Moving Mountains burger is made from potatoes, wheat, soy, mushrooms, coconut oil, and beetroot juice (which allows the patty to “bleed”). In February, the burger was exclusively launched at Mildreds, a London-based chain specializing in vegan and vegetarian food.

Founder Simeon Van der Molen told the Independent at the time: “this launch not only marks a huge leap in innovation for humanity, by allowing consumers to bite into a future that is better for their health and the health of our planet, but also addresses a growing new consumer trend for flexitarian dining. Now Brits can have their meat and eat it without the environmental impact of the animal agriculture industry.”

The B12 burger is not without competition, however. U.S. rival Beyond Meat launches its “bleeding” burger patty in UK Tesco stores this August.