For many, the start of a new year means trying new things. For some, joining the local gym or signing up for a new exercise class is top of the agenda. Emptying the alcohol cupboard on New Year’s Eve and leaving it bare until February 1 is the goal for others. For 400,000 people in January 2020, trying out a vegan diet was top of the list. And the Veganuary Challenge, the movement that encourages the world to try plant-based, is setting an even more ambitious goal this year.

But, like most organizations of its kind, it all started with some humble good intentions. Back in 2013, double-glazing salesman Matthew Glover and teacher Jane Land, both passionate vegans, were brainstorming ways to encourage others to try out their kinder way of living.

The Brits, who met on a vegan dating website, felt a month-long initiative might be an effective way to convince others to also give it a shot. They told Country Living last year that they were Inspired by Movember (an annual event that encourages men to grow moustaches in November to raise awareness for men’s health issues). Just a few weeks after coming up with the idea, they took a leap of faith and launched Veganuary. The first year was a far bigger success than they expected, with more than 3,000 sign-ups.

How Veganuary Started: Humble Beginnings and a Passion for Change

In the years that followed, more information than ever about animal agriculture and its environmental impact began to spread. In 2018, the United Nations Environment Programme labelled tackling meat consumption as the world’s “most urgent problem.” It stated that livestock’s greenhouse gas footprint rivalled “that of every car, truck, bus, ship, airplane, and rocket ship combined.”

The link between animal products and disease also became more well-known. Studies, like this one published in 2019 about bacon and increased cancer risk, received mainstream media coverage. And, thanks to the continued rise of social media, meat industry animal welfare exposés became more accessible to the average consumer.

Steadily, over the last six years, people around the world have become more prepped and ready for the acceleration of the plant-based movement. And the change in attitude reflects in the growth of Veganuary’s sign-ups.

More than 600 large and medium companies, together with thousands of smaller brands, retailers, and restaurants, promoted Veganuary in 2020.

Even fast-food giants, like KFC and Pizza Hut, and massive supermarket chains, like Marks & Spencer and Asda, have gotten involved. 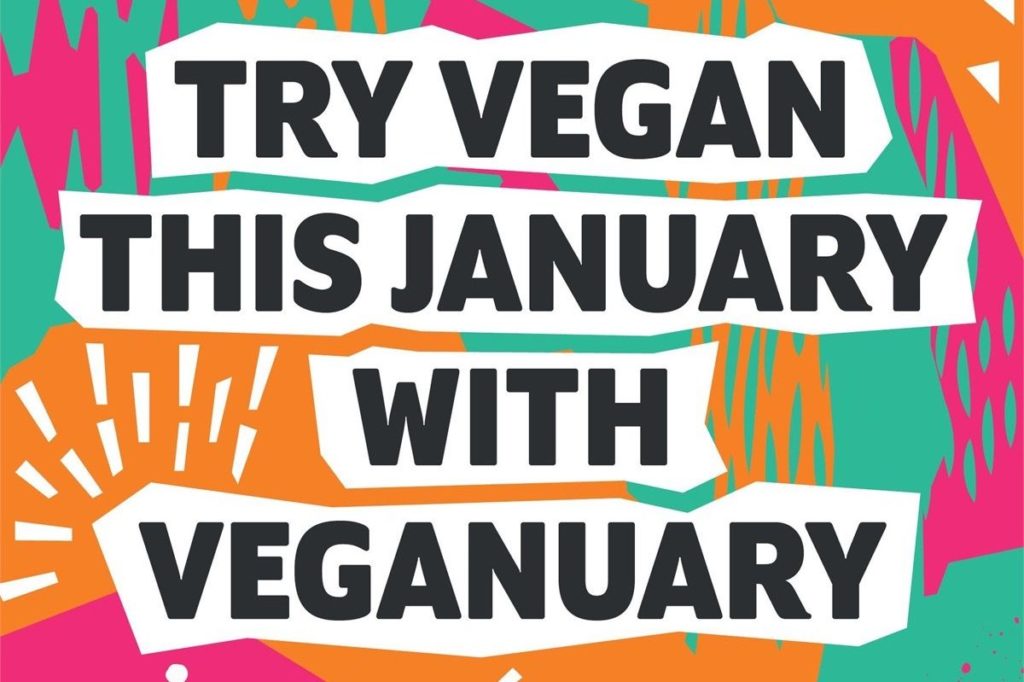 The Future of Veganuary: A Global Movement

While Glover and Land have taken a step back to pursue other projects (both now serve on the board of trustees), Veganuary is still growing. The campaign expects more participants than ever to sign up to take the pledge this year.

Those who do will receive a celebrity e-cookbook, 31 days of recipes, as well as nutrition tips, shopping guides, meal plans and more resources. These will help people new to plant-based living successfully complete 31 days of meat-free living, and feel encouraged to keep it going.

Veganuary has grown so big that people from every single country in the world have taken part (barring North Korea, the Vatican City, and Eswatini, formerly known as Swaziland).

Tammy Fry, director at Fry’s, and the Veganuary ambassador, is spearheading the challenge for The LIVEKINDLY Collective. We spoke to Fry about why the Veganuary Challenge is so important to her, the potential it has to make a global impact, and ways she gives advice to others to try a plant-based lifestyle. 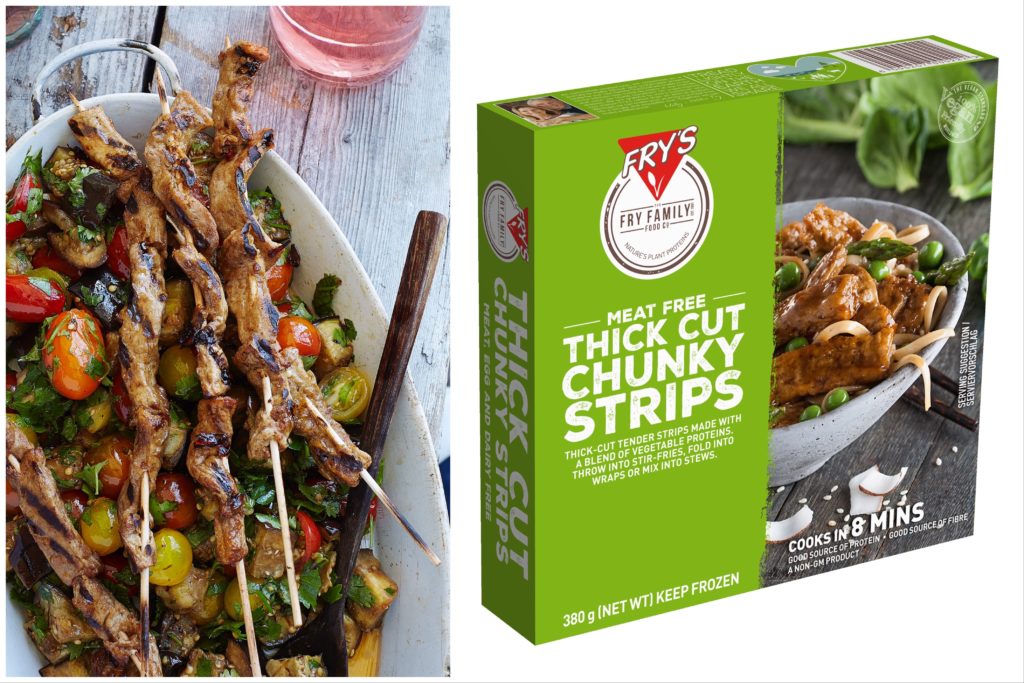 Fry’s is sponsoring the Veganuary challenge this year. | Fry’s

LIVEKINDLY: Tammy, why is the Veganuary Challenge so important to you?

Fry: I’ve been in the plant-based space for a long time. I’ve seen and felt the benefits of living this way. And why I love Veganuary so much is that it becomes an opportunity for me to really share knowledge and inspire people—and show other people all the extraordinary benefits of living in a way that is kinder to our bodies, our planet, and the creatures we share it with.

I am always blown away by the beautiful stories and feedback I get after people have made the transition for those 31 days.

LIVEKINDLY: In what way does Veganuary make the plant-based lifestyle more accessible to consumers?

Fry: As Veganuary has grown around the world, retailers and restaurants and brands have started to see the value of making plant-based more accessible. Veganuary shows the food industry that people want more plant-based options, and consumers respond by supporting them. So as a movement it’s really brought together people inside and outside of the category—and all in all amplified growth and innovation.

It’s also a great way to advocate for plant-based living. It isn’t asking anyone to go plant-based forever. It only suggests giving it a go, which lowers the bar of entry to the plant-based lifestyle. Perfection is the enemy of advocacy and if we expect people to do everything, they will do nothing. This is an easy way to allow for experimentation with plant-based living for a finite period of time making it far more attractive to people generally.

LIVEKINDLY: Veganuary may be familiar to those who already lead a plant-based lifestyle. But how do you think flexitarians and others will receive it?

Fry: I believe one of the key drivers behind the growth of Veganuary has been flexitarians. Certainly in South Africa, the campaigns that Fry’s has done around Veganuary have always had a strong focus on flexitarians. We’ve seen the rise in sign-ups there as a result.

The beauty of a movement like Veganuary is that the commitment is not overwhelming and the support received is next level—so it makes it super manageable for flexitarians. This is also why we see so many of them carry on past January—incorporating more plant-based foods into their diets in a more regular way. There is no judgment, only support and guidance.

LIVEKINDLY: What message do you most hope to get across to those just looking to try out plant-based, or learn more about it?

Fry: My passion has always been about showing people the benefits of living a kinder life. I don’t believe in pushing people or scaring them into making the change—because I don’t think that works. Everyone is on their own journey and even making one day a week meat-free makes a massive difference. I always hope to show that plant-based is delicious, healthier, convenient, fun and feels really good—and that being more plant-based is not an all or nothing. Every bit counts.

LIVEKINDLY: Can you recall a time when you helped someone in your life explore plant-based? How did they receive the message?

Fry: Yes! My husband! Rich was a three-meats-and-one-veg guy, a typical meat-eating South African. When we first met, we agreed to disagree and avoided the topic of veg versus meat. A few months into our relationship, I convinced him to try vegetarian for 1 month. I promised to cook yummy, filling, protein-rich meals so that he would not feel hungry. The results were amazing. His “hereditary” cholesterol dropped from 6.5 to 4.2. Being a CrossFit athlete allowed us to measure his recovery time after workouts, which was significantly reduced and he felt lighter and more energetic in training sessions. He also became leaner, with lowered body fat, but no loss of muscle tissue. 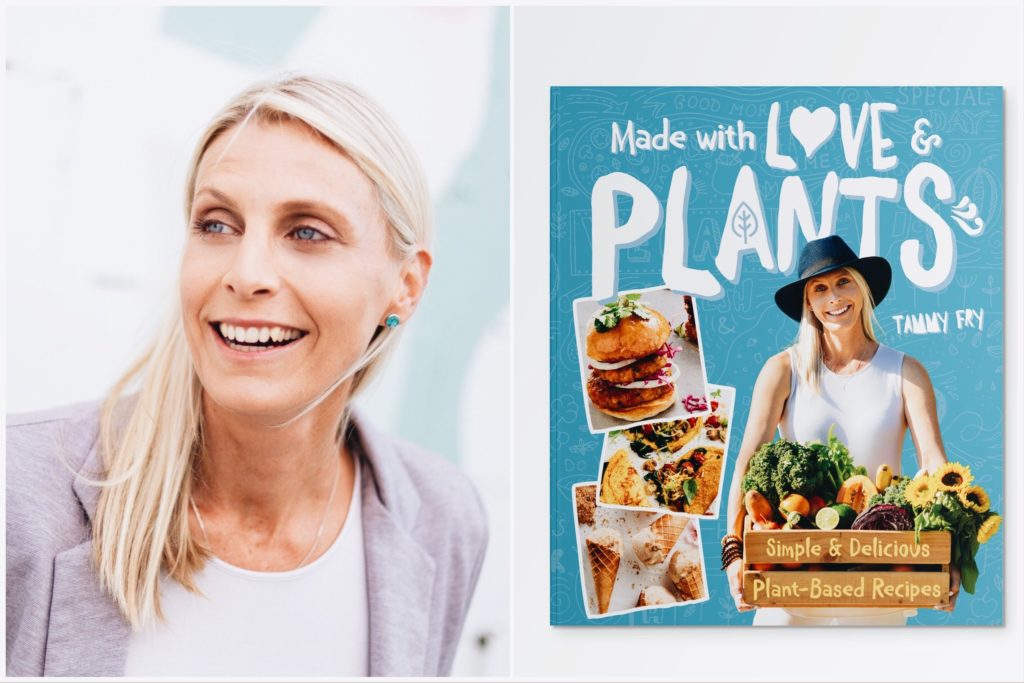 Tammy Fry is releasing a new vegan book: ‘Made with Love and Plants.’ |  Fry’s

LIVEKINDLY: What do you think the key learnings are for anyone looking to experiment with plant-based? Whether it’s Veganuary or any other time during the year.

Fry: I have a section in my new book, Made with Love and Plants that I hope gives people simple, accessible tips on how to transition. The tricks are: planning ahead, staying in touch with your ‘why’ (find ways to remember why you’re doing it), don’t deprive yourself (there are loads of recipes and foods available that will tick all the cravings boxes), let someone else cook for you sometimes (there are many wonderful restaurants around the world that offer the most glorious plant-based meals), find a tribe (look for online communities that can offer you support), and above all—be creative. With so many options out there now, there are loads of ways to be inspired.

LIVEKINDLY: What do you think the key learnings are for those of us who already practice a vegan lifestyle? In terms of communicating with those who don’t? What impact do you hope to make through The LIVEKINDLY Collective’s involvement with the Veganuary Challenge?

Fry: I believe completely in being a positive support for those who are exploring the lifestyle. What I love about the work we are doing with the LIVEKINDLY Collective, is that we are making plant-based foods better, more accessible, more innovative, more affordable. All of this works towards making plant-based a norm—in a gentle, sustainable way. People will eventually gravitate towards plant-based because the benefits are massive—I have no doubt. We just need to pave the way to make it as easy a transition for them as possible. As [American architect and innovator] Buckminster Fuller said: “You never change things by fighting against the existing reality. To change something, build a new model that makes the old model obsolete.”

Are you ready to start the Veganuary Challenge or ask your non-vegan friends and family to give it a go? Click and share this link: https://veganuary.com/partner/livekindly/