Simon Cowell could be about to release a vegan cookbook after losing 60 pounds on a plant-based diet.

The music mogul wants to help others switch to a healthy lifestyle.

“[A cookbook is] something I have been thinking about because everyone’s so interested,” he told the Sun in April. He added: “I think I would call it, ‘It’s Not That Difficult.’ I’d give people some of the recipes I have been following.”

Cowell’s shift to a plant-based diet may have been motivated by a health scare he suffered in 2017. The television personality was admitted to the hospital after falling down a flight of stairs. Cowell said after the fall, he took significant steps to improve his health.

“A friend of mine, who is a doctor, recommended speaking to an expert, and I did it on a whim. I was allergic to melon, so I didn’t eat it for six months, but I saw this man and he explained it and it made sense,” he said in an interview with the Sun last year.

He continued: “Within 24 hours I changed my diet and I’ve not looked back since. You feel better, you look better. I cut out a lot of the stuff I shouldn’t have been eating and that was primarily meat, dairy, wheat, sugar⁠—those were the four main things.” He later added he was planning on giving up fish too. 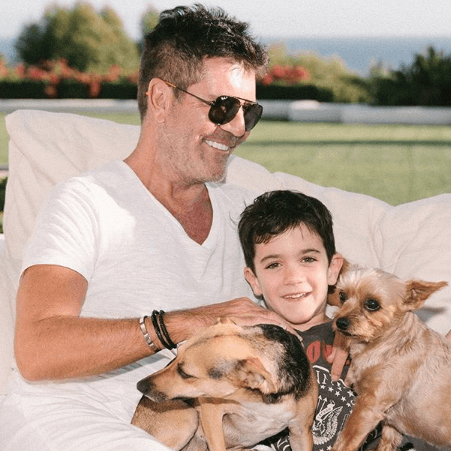 In addition to wanting to improve his health, Cowell’s shift in diet may also have been rooted in his love for animals.

Cowell has previously spoken out against the consumption of dog and cat meat. In 2018, he lent his name—along with nearly 100 other celebrities—to a petition that urged Indonesia to end its dog meat trade.

“These animals, many of them stolen pets, are subjected to crude and brutal methods of capture, transport, and slaughter,” the celebrities wrote. “The immense suffering and fear they must endure is heartbreaking and absolutely shocking.”

“I can barely bring myself to talk about the horrific Yulin Dog and Cat Meat festival because it makes me so sick … But unless we all do something about this, it won’t stop. We have to act now to stop these barbaric and disgusting events forever,” Cowell tweeted in 2015 while the Yulin Dog Meat Festival in China was taking place.