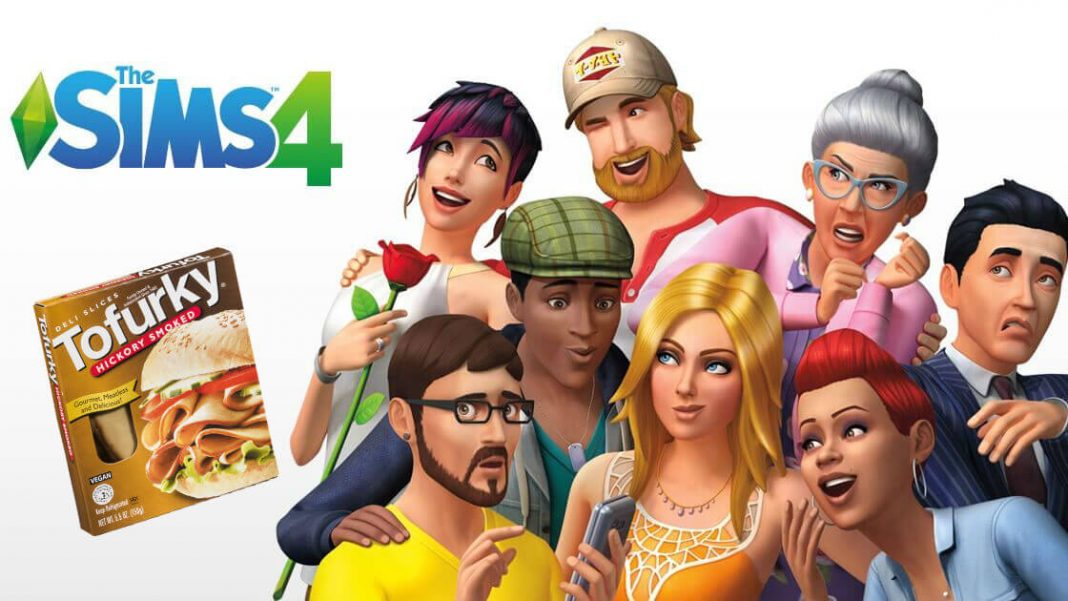 You can now download a version of Sims 4 that features a vegan restaurant where you can order a Tofurky dinner.

The update was created by YouTuber LilSimsie, whose channel features Let’s Plays, speed builds, and home renovations to Sims 4. She’s one of several Sims fans who create “starter” files, which, as Kotaku explains, are save files that can be shared with other players who can then add their own Sims.

LilSimsie’s Sims 4 starter file includes a vegan restaurant named Lettuce Eat which features a backyard garden and serves a diverse plant-based menu of lunch, dinner, drinks, and dessert. According to the YouTuber, whose real name is Kayla, she has been working on her Sims 4 save, which anyone can download, since October. In the video, she jokingly referred to the save as both her “life’s work” and “her child.”

Explaining the vegan restaurant in the video, she said, “I’m so proud of this restaurant […] The menus are all set properly so it’s like, the vegan and vegetarian stuff that I wanted.”

“It’s not all technically vegan, but like, in my mind, it doesn’t say ‘vegan pancakes’ but they’re vegan pancakes,” she continued while scrolling through the menu, which also feature vegan grilled cheese, tofu tacos, and mapo tofu. “You get what I’m saying? It’s a vegan restaurant.”

The update also includes a yoga studio inside a gym, and a number of changes such as gender-neutral bathrooms. In Sims 4, like in most real-life public bathrooms, doors have signage that denote who the restroom is “for.” Male Sims will not enter bathrooms that have a female sign, and vice versa. Explaining her reasoning for the changes, she said, “It’s also a really easy way to make something more accessible and to make something more inclusive.”

The save also includes more than 60 new Sims families.“I tried really hard to make the save pretty diverse,” she said. “Because let’s be honest, how are you going to make this many households and not have it be diverse?”