The 50,000-square-foot facility will produce Singapore’s first plant-based alternative protein source: Veego. Veego is a plant-based ingredient made from grains, fungi, legumes, and other whole foods, according to the company.

Ricky Lin, Life3 Biotech’s founder, said sustainability will play an important role in the facility’s manufacturing process. The company said it will specifically focus on using the “farm-to-table” concept.

“Life3 Biotech is looking to conduct deep research to push the boundaries of eco-circularity and sustainability, where high-tech indoor production of key protein crops can be used as quality ingredients for food production and manufacturing,” he told Food Navigator-Asia.

“The facility will house an indoor farm where we will grow some of the crops needed to make Veego, and we may also explore growing other crops that may be commercially viable in the market,” he added.

The Singaporean Food Agency, a statutory board of the Singaporean Government, supports the facility. Production on Veego is expected to start later this year. 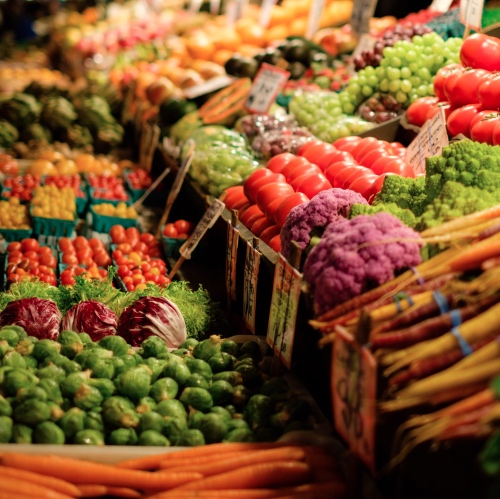 The farm-to-table concept is a social movement. The primary goal is to promote the use of locally grown foods in restaurants, schools, or other establishments. Other common names for farm-to-table include locally-sourced, farm-to-fork, and farm-fresh.

The farm-to-table concept cuts out the middle-man⁠—stores, manufacturers, and distributors⁠—to bring fresh produce straight from farms to the local community.

Fruits and vegetables can also suffer from nutrient loss while being shipped. Farm-to-table produce is generally more nutritious because they travel shorter distances to reach their destinations.

A study by the Leopold Center for Sustainable Agriculture found fruits and vegetables traveled an average of 1,500 miles.

Due to the fact that farm-to-table food requires shorter travel distances, locally-sourced ingredients also have a much lower carbon footprint. They require less fuel and emit less greenhouse gas emissions into the atmosphere.