The Canadian government has not revealed which plastic items will be banned, however, it was reported that the North American country — which is the second largest in the world, covering 9.98 million square kilometers — has modeled its legislation on similar bans rolling out across the globe, many of which prohibit plastic straws, bags, cutlery, and stirring sticks.

The United Nations revealed in May that 180 countries have pledged to help reduce the amount of plastic in the ocean for the good of the ecosystem and marine animals.

According to the Center for Biological Diversity, billions of pounds of plastic is now in the sea, covering around 40 percent of the world’s ocean’s surfaces. Thousands of animals — including sea turtles, seals, whales, dolphins, seabirds, and fish — are killed every year after accidentally consuming plastic or becoming tangled in it.

Canada’s plastic ban will also outline targets for companies that produce or sell plastics to make them more sustainable. Less than 10 percent of plastic in Canada is currently recycled and the country discards around 3 million tonnes of plastic waste every year.

Trudeau said in a statement, “As parents, we’re at a point when we take our kids to the beach and we have to search out a patch of sand that isn’t littered with straws, Styrofoam, or bottles.”

“That’s a problem, one that we have to do something about,” the prime minister added. 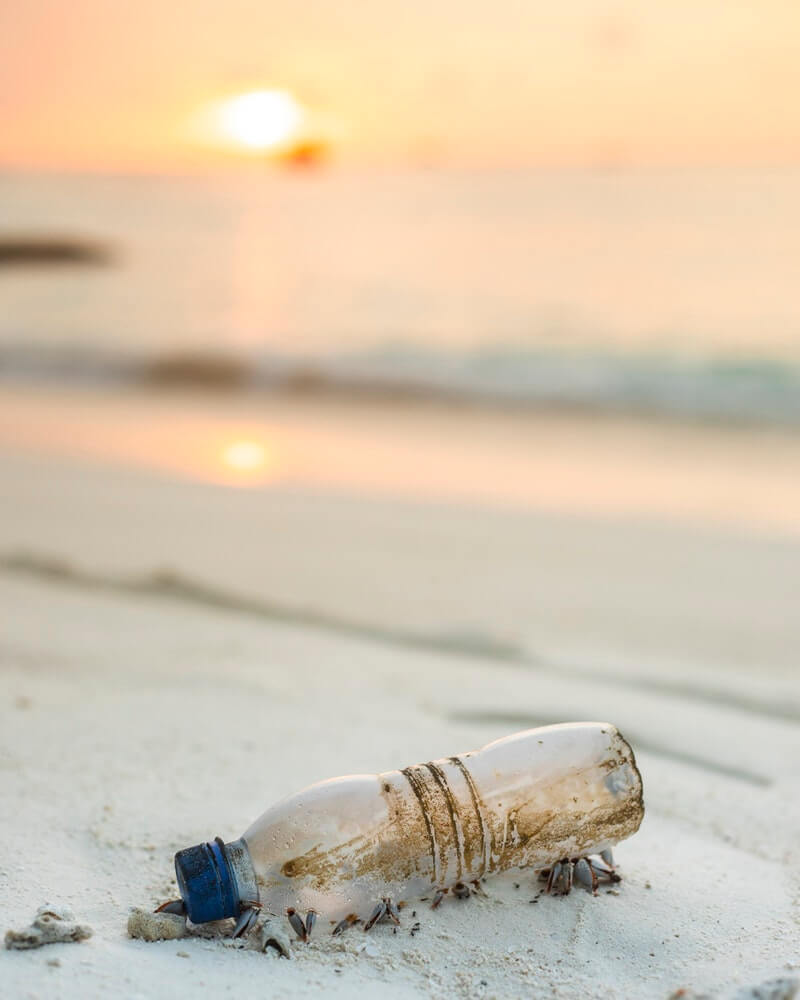 Plastic waste winds up on shorelines or in the sea

Some of Canada’s municipalities and provinces have banned some single-use plastics like plastic bags. Trudeau nodded at the bans but stated that “a real solution needs to be nation-wide.”

The announcement comes a few months before the general election, which will take place in autumn. It’s expected that environmental issues like pollution and climate change will dominate the campaigning.

Earlier this month, a bill which bans aquariums and theme parks from keeping whales, dolphins, and porpoises in captivity passed Canada’s House of Commons. The legislation was inspired by public interest in animal welfare.

“Canadians have been clear, they want the cruel practice of keeping whales and dolphins in captivity to end. With the passage of Bill S-203, we have ensured that this will happen,” Green Party Leader and Saanich – Gulf Islands MP Elizabeth May said in a statement.

In May, the country banned the import and export of shark fins due to animal cruelty concerns.