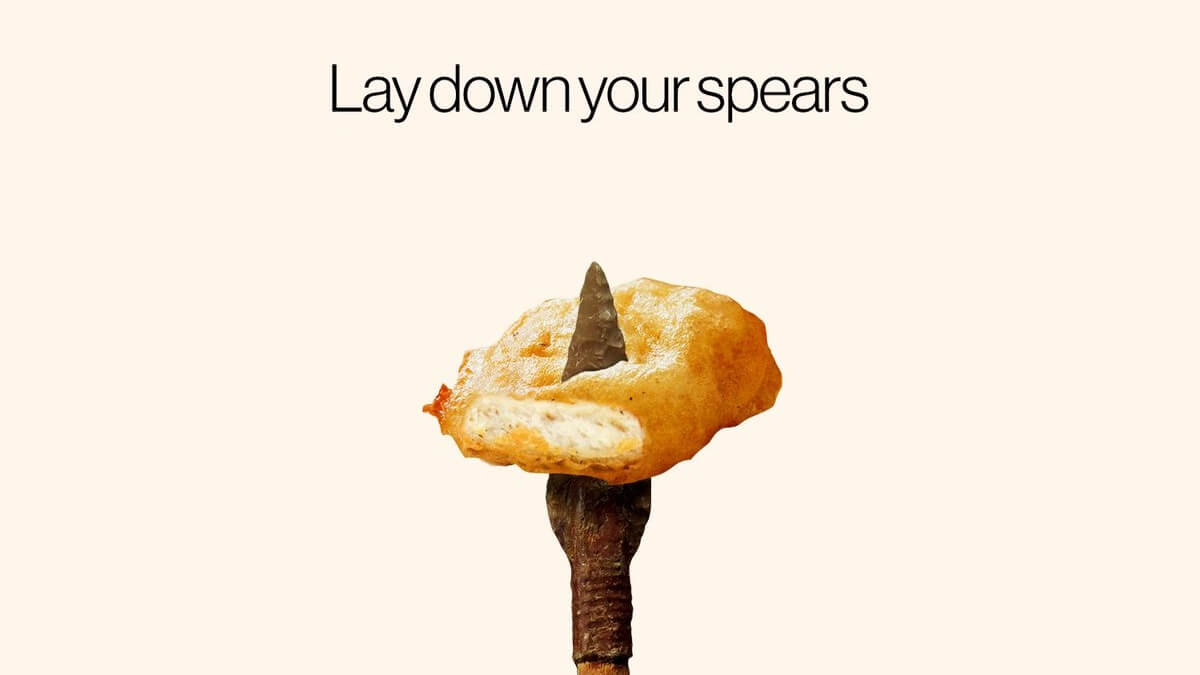 “400,000 years ago, meat became part of the human diet, and throughout time, human beings have needed to kill the animal to enjoy their meat. First, with spears. Then, with industrial machines. Get ready for that paradigm to change. #justchicken,” he Tweeted.

Beneath the cryptic message, an image showed a picture of a spear piercing what looks like a chicken nugget, with the words “Lay down your spears.”

400,000 years ago, meat became part of the human diet, and throughout time, human beings have needed to kill the animal to enjoy their meat. First, with spears. Then, with industrial machines.

Tetrick spoke exclusively to LIVEKINDLY after the Tweet and shared that the “slaughter-free”cell-based chicken the company has been promising will come to market this year in the form of “a chicken bite with fried chicken skin.”  The product will be available in restaurants in Asia, and the company is “considering opportunities in two to three [other] countries.”

More than 50 billion chickens are killed each year for their meat.

Earlier this month the CEO wrote an open letter to both the FDA and USDA, encouraging the agencies to develop clear regulations for cultured meat.

“If the USDA believes it should have a role, the agency’s promotion of agriculture products must extend to cultured meat, and in so doing, should call these products meat. Further, all of this should be accomplished in active consultation with companies producing cultured meat and without a lengthy rulemaking process,” he continued.

In June, Tetrick spoke at the Future Food Asia Awards in Singapore and promised the company’s lab-grown meat would be available to consumers by the end of the year.

The company is also gaining traction with its vegan products. Its hallmark eggless mayonnaise is a top seller in markets across the country and the JUST Egg, a vegan liquid egg product made from mung beans, is already outperforming real liquid egg sales in certain markets.

JUST is known for its comprehensive plant library; a database of thousands of plant species that  its team of scientists works with to identify compounds and potential within the plants that can help to replace meat, eggs, and dairy in commercial food applications.