Former slaughterhouse worker Scott Hoskins has spoken out about the ways in which his work negatively affected his personal life.

Speaking with animal rights charity, Mercy For Animals, Hoskins claims that he believes his work in a chicken slaughterhouse led to increasingly violent and aggressive behaviour at home. ‘There was a lot of alcohol consumption,’ he said ‘regularly and excessively’ and this, in turn, led to him being a violent person.

He spoke about some of the work he was asked to carry out as part of his job from removing bones from the dead chickens, to placing live chickens in shackles and even having to break their necks to kill them at times.

A criminologist at the University of Windsor, Amy Fitzgerald, conducted research into the effects the presence of a slaughterhouse has on a community. Fitzgerald found that often these communities had higher crime rates than those without slaughterhouses, she speculated that this is because slaughterhouse workers become ‘desensitized.’

As reflected in Hoskins personal story, Fitzgerald also found that these communities saw high levels of drug and alcohol abuse which contributes to violent behaviour.

The mental health problems that come with this job follow slaughterhouse workers into later life. Many who carry out this work have to seek treatment for PTSD. 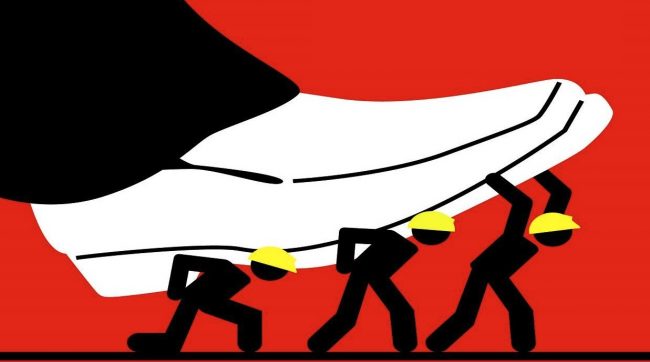 So often, those who become slaughterhouse workers are already victims of the system. Historically, a lot of slaughterhouse workers have been African American but recently there has been a rise in the number of Latin American workers to the profession. People of color are subject to systemic racism which often leaves them living in poorer communities and therefore more likely to have to take jobs in slaughterhouses. This work then denies them social mobility due to the mental, emotional and physical impact the job has.

Hoskins story is representative of a wider problem: the meat industry fails animals and workers.