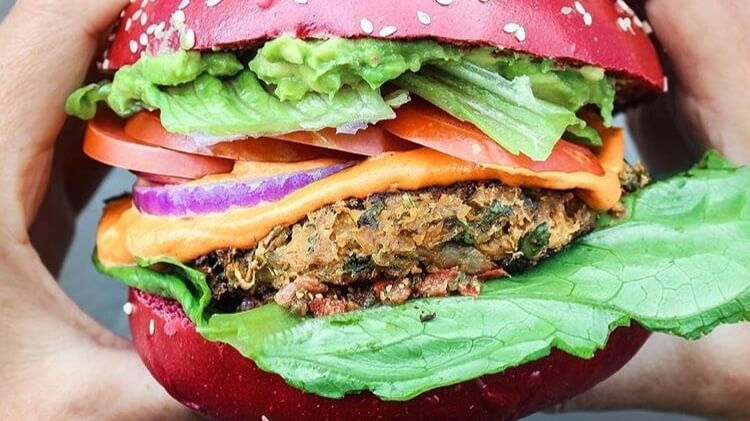 Menu items include the Super Slut, made with guacamole, pickled jalapeños, grilled onions, and spicy plant-based cheese; The Fussy Hussy, served with shredded lettuce, onion, and pickle mayonnaise, and the Dancehall Queen, which consists of a jerk-seasoned burger with plantains, spicy aioli, and barbecue jerk sauce. All burgers, sides, and drinks can be ordered online from Grub Hub, or through Instagram via a direct message.