New vegan bacon is on its way to supermarkets in the United States. 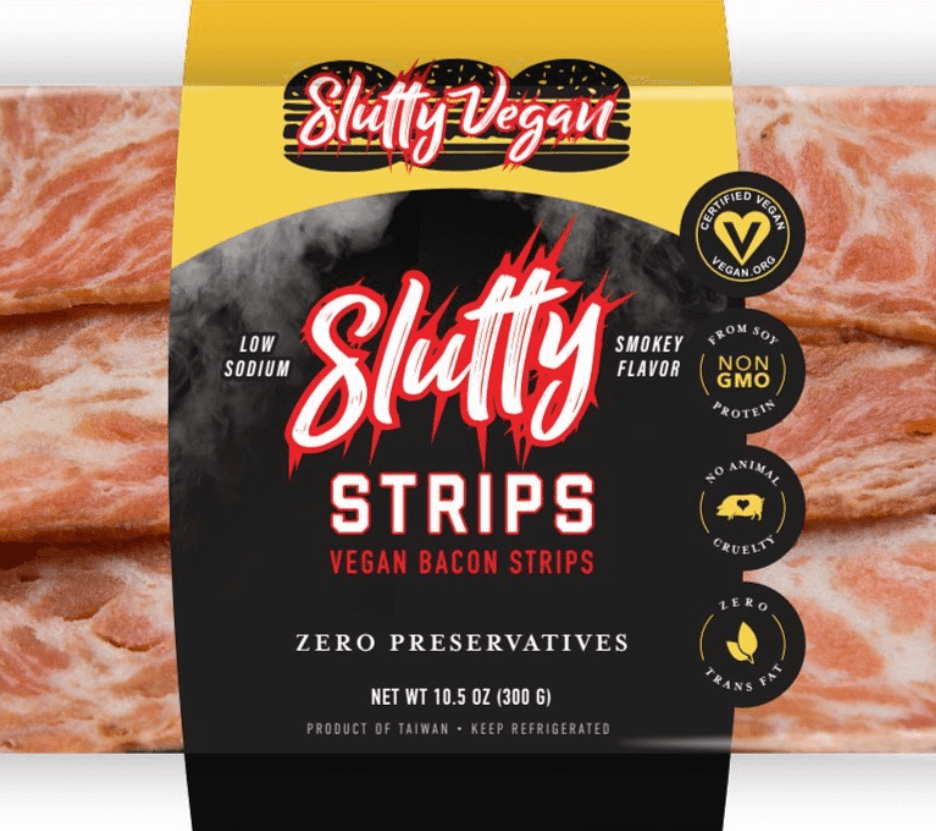 The plant-based bacon is made from soy | image/Slutty Vegan

Across the world, vegan bacon is rising in popularity. In the U.S, Whole Foods’ plant-based BLT — complete with avocado and tempeh bacon — proved popular with many, including actor and designer Tabitha Brown.

Ethical, environmental, and health reasons are driving the move away from meat.

In 2015, the World Health Organization looked at the link between cancer and diet and classed processed meats like bacon and hot dogs as a Group 1 carcinogen, the same category as tobacco and asbestos.

This year, a group of healthcare workers in the UK has urged hospitals to ban bacon from patient and cafeteria menus, citing the fact that eating bacon is as dangerous as asbestos exposure. “The NHS spends millions treating cancer, heart disease, and type-2 diabetes,” said the founder of the group, Dr. Shireen Kassam. “Why serve food that can cause life-threatening conditions? Hospitals will argue healthier options are available, but there’s no safe limit with processed meat.”

Recent research from Oxford University found that eating just three rashers of bacon a day can increase the risk of cancer by 20 percent. Other research has found that going vegan can reduce your risk of diseases like cancer and heart disease.