Snickers is no longer an official partner of SeaWorld.

Last week, international animal rights charity PETA (People for the Ethical Treatment of Animals) announced Snickers, which was once the “official candy bar of SeaWorld,” had finally severed its years-long partnership with the marine park.

Virgin Holidays announced it would no longer sell tickets to parks like Seaworld and Discovery Cove that exploit marine animals. AAA Northeast, AAA Arizona, and AAA Washington have also severed ties with SeaWorld on the grounds of animal cruelty.

The End For SeaWorld?

Earlier this month, California Senator Cathleen Galgiani introduced a bill to ban the captivity of whales and dolphins statewide.

Senate Bill 1405, the Dolphin Protection Act, would make it “unlawful to hold, breed, import, or export a cetacean.”

If passed, SB 1405 would ban marine parks like SeaWorld—which has a location in San Diego—from keeping whales and dolphins on display for entertainment purposes.

“We should not rely on cruel and inhumane treatment of any creature simply for our entertainment,” said Galgiani in a statement.“Dolphins are incredibly intelligent beings that suffer a range of health problems and stress as a result of being held in captivity.”

In the wild, cetaceans like dolphins and orcas can swim for tens of miles a day. In captivity, this is simply not possible. “You put [orcas] in a box that is 150 feet long by 90 feet wide by 30 feet deep and you’re basically turning them into a couch potato,” Naomi Rose, a marine mammal scientist for the Animal Welfare Institute, told National Geographic.

She added: “not one marine mammal is adapted to thrive in the world we’ve made for them in a concrete box.”

Last month, SeaWorld announced it would soon stop allowing trainers to stand on the noses of dolphins during its shows. This came after pressure from animal rights activists and celebrities—including Alec Baldwin.

SeaWorld said it had already stopped making trainers ride on the backs of dolphins during shows. 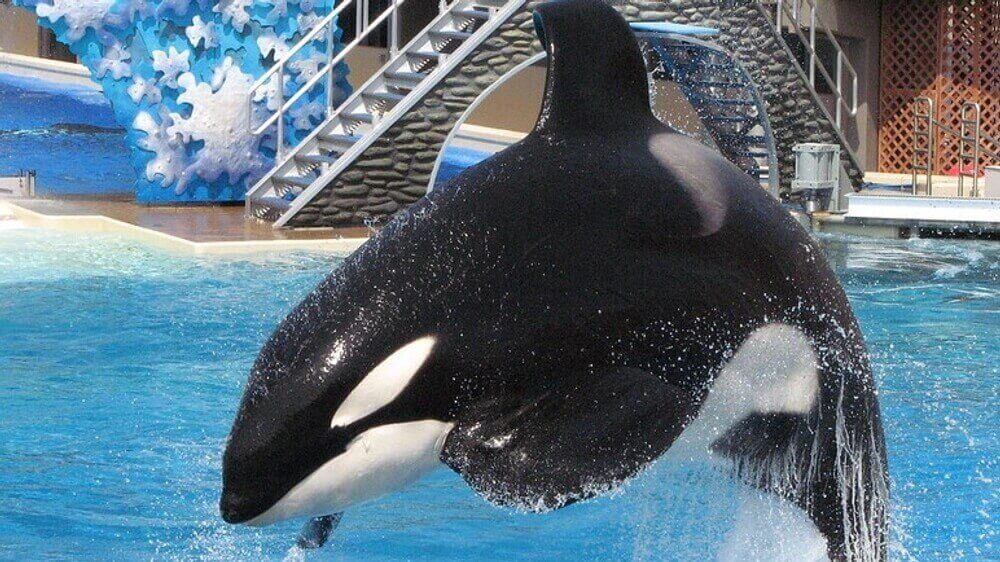