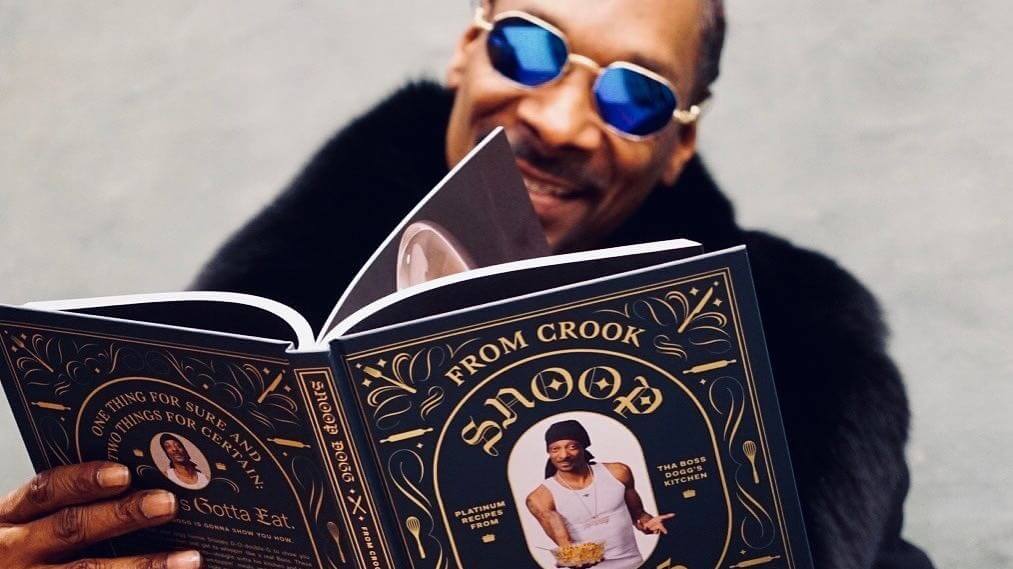 Rapper Snoop Dogg is known for more than just his music these days. He has been hosting Martha & Snoop’s Potluck Dinner Party alongside Martha Stewart since 2016 and even launched his first-ever recipe book titled “From Crook to Cook: Platinum Recipes from Tha Boss Dogg’s Kitchen” back in October.

The new cookbook isn’t vegan but thanks to YouTuber Anarchist Kitchen, fans of Tha Boss Dogg can now create cruelty-free versions of his recipes.

According to the YouTuber, as soon as she saw the rapper’s recipe book online, she knew what she had to do. “I got my ass up and made it my life’s mission to buy his cookbook and share the recipes with you,” she noted on her blog Rich Bitch Cooking.

Anarchist Kitchen is not the first YouTuber to veganize a celebrity’s recipes. Earlier this year, vlogger Rachel Resnick veganized recipes from former supermodel Chrissy Tiegan’s cookbook “Cravings: Hungry for More.” The star was so impressed that she shared Resnick’s video on her Twitter account, even dubbing her “Vegan Tiegan.”

Like Tiegan, Snoop Dogg is not vegan. However, he has shown an interest in the movement in the past. In 2013, he hosted Russell Simmons – a vegan producer and activist – on GGN (Snoop Dogg’s Double G News Network). Simmons impressed the musician with vegan pastrami and explained the environmental consequences of meat production to the star.

In 2016, Snoop Dogg once again learned the truth about meat on “Jimmy Kimmel Live,” where he was shown a video about how hot dogs are made. “If that’s how they make hot dogs, I don’t want one,” he concluded.

Perhaps taking on board some of Simmons’ views, earlier this year, the rapper performed on stage at the Environmental Media Association Gala. He rapped in front of the logo for Beyond Meat, that created the plant-based “bleeding” Beyond Burger. The award ceremony celebrated a number of influential people and brands who consistently advocate for the planet.