The Unilever-owned ice cream brand is testing out wrapper-less lollies in a new trial with online supermarket Ocado.

The peach lollies — made with organic fruits and no artificial flavors or colorings — will be packed in a recyclable cardboard container, with separate compartments for each lolly.

“As we head towards summer, we’ve listened to our customers and are working hard to rethink plastic packaging for our ice cream ranges,” said Noel Clarke, Unilever’s Vice President of Refreshment for the UK and Ireland, in a statement.

Curbing plastic pollution is high on the agenda for many companies, as consumers become more conscious about their purchases.

A study by the Mirror last year revealed that one-fifth of Brits want to go completely plastic-free. In France, Disneyland Paris ditched all plastic straws, and in Australia, plastic bag use has been reduced by 80 percent.

Even music festivals are getting involved, over 60 UK festivals introduced a ban on single-use plastic tents, and Glastonbury festival built an entire stage out of recycled ocean plastic. 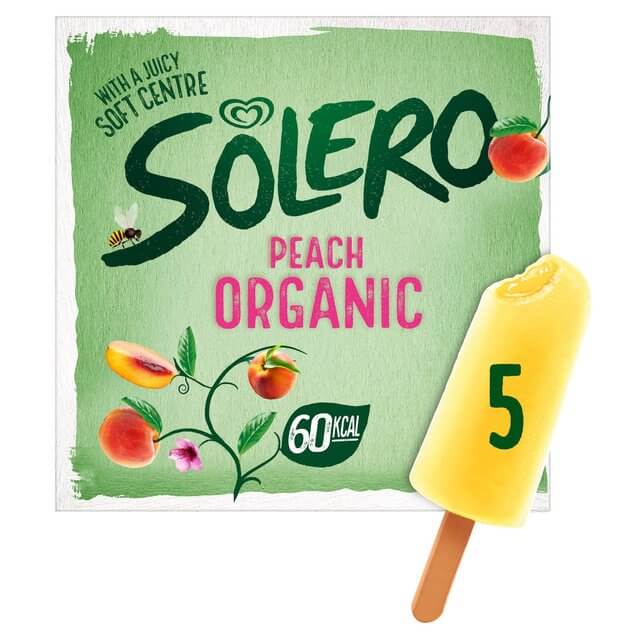 Earlier this year, Unilever launched its #GetPlasticWise campaign, with the aim of moving toward a closed loop system where all plastic stays within the plastic economy and out of the waterways.

If the Solero initiative is successful, Unilever will consider introducing the same recyclable packaging for its other ice cream brands, which include Magnum, Cornetto, and Wall’s.

Helen Bird is the strategic engagement manager at WRAP, an organization working between governments, businesses, communities, and individuals to help create sustainable change. The nonprofit is managing the UK’s Plastic Pact to eliminate single-use plastic packaging by 2025.

Bird said of Unilever’s new plan, “we’re really impressed with the level of innovation and creativity that Unilever, a founding member of The UK Plastics Pact, has shown in developing this new pack.”

She added, “it will be welcomed by shoppers who we know want to be able to recycle the packaging they bring home from supermarkets. We look forward to seeing the results of the trial.”