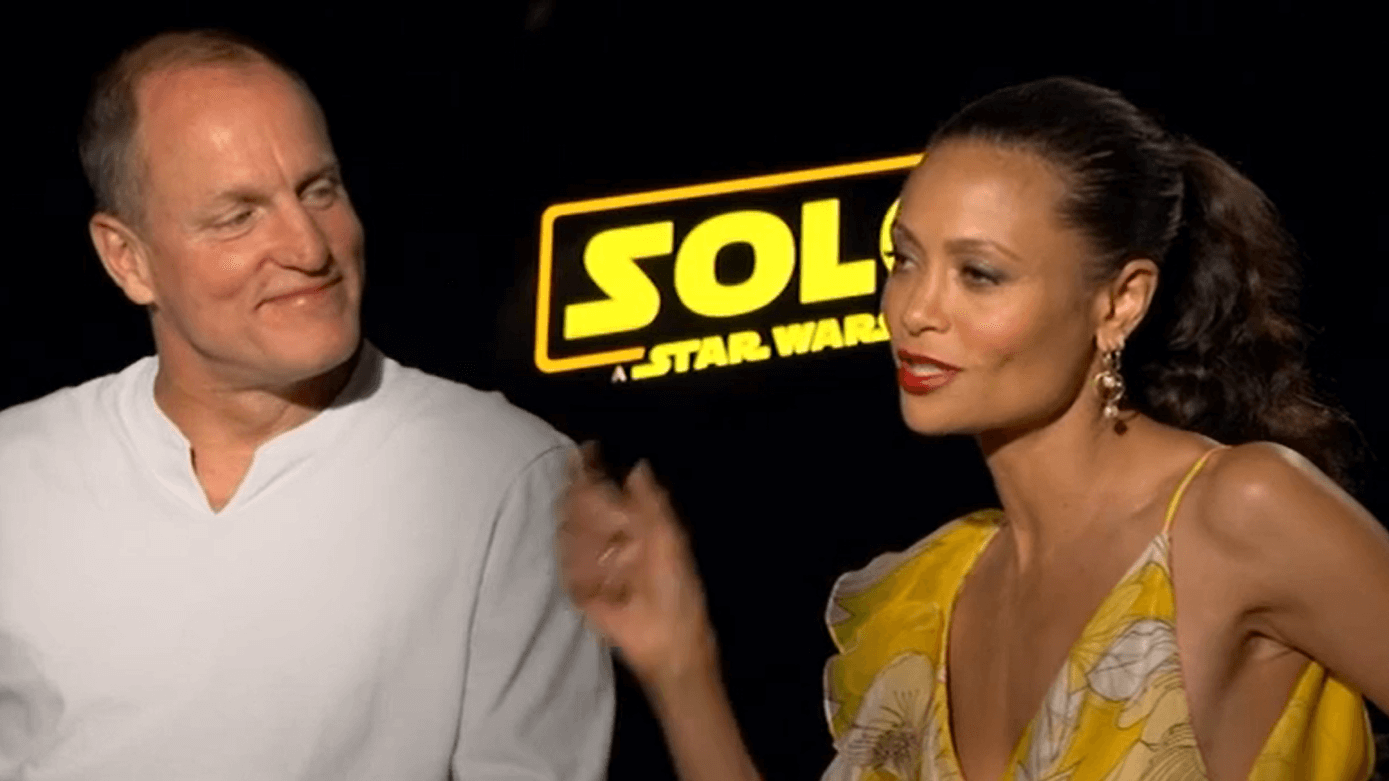 Longtime vegan actor Woody Harrelson has inspired his “Solo: A Star Wars Story” co-star Thandie Newton to adopt the diet and lifestyle he has endorsed for years.

“You’re one of the converts?” questioned an interviewer. “Yes. Literally. The past four months, it’s been four months. It [veganism] hasn’t done anything to my brain, I’m absolutely fine. Thank you so much. It hasn’t done anything,” Newton responded, likely in an effort to dispel common myths connotated with people going vegan.

“You, I mean you’re not that old, obviously,” Newton said to Harrelson. “And you’ve got a youth to you that is really adorable. Even though, you know, you’re old enough to be everybody’s parent. A little bit older than that, actually,” she affectionately teased the 56-year-old amid a flurry of laughter from Harrelson. Plant-based diets are said to have anti-aging properties, especially raw food diets like Harrelson says he often opts for.

The actor also mentioned Harrelson’s fitness and ability to maintain a fast-paced lifestyle with high-energy. After commenting on Harrelson’s hectic acting schedule and his management of multiple movie filmings, and mentioned how impressed she was that the actor was doing a handstand at 56-years-old, Newton said Harrelson had an abundance of energy. “So, this yoga is like off the charts. Off the charts,” said Newton.

The vegan celebrity is also known for lending his voice to supporting positive views of vegan lifestyles. Last month, the Hollywood actor told fashion magazine InStyle that he hails his mostly raw vegan diet for his maintaining his youthful appearance and energy levels.

In the past, he has opened a vegan beer garden and partnered with iconic vegetarian music mogul Paul McCartney to promote a Meatless Monday film. And most recently, he wrote the introduction to the first cookbook from chef brothers Derek and Chad Sarno: “The Wicked Healthy Cookbook: Free. From. Animals.”