Proposed South African legislation categorizes threatened and vulnerable species including elephants, rhinoceros, and giraffe as meat. South African citizens were invited to comment on the proposed amendment before 28 April.

In February, the Minister of the Department of Agriculture, Land Reform published an extensive amendment to schedule 1 of the Meat Safety Act 40 of 2000. The amended Meat act extends the list of animals classified for slaughter, consumption, import, and export. It now includes several endangered animals.

In addition to rhinos, elephants, and giraffe, the list includes hippopotamus and the critically endangered white antelope, or addax. According to the non-profit platform Dear South Africa (DearSA), the updated Meat Safety Act also applies to undefined birds, reptiles, and fish. 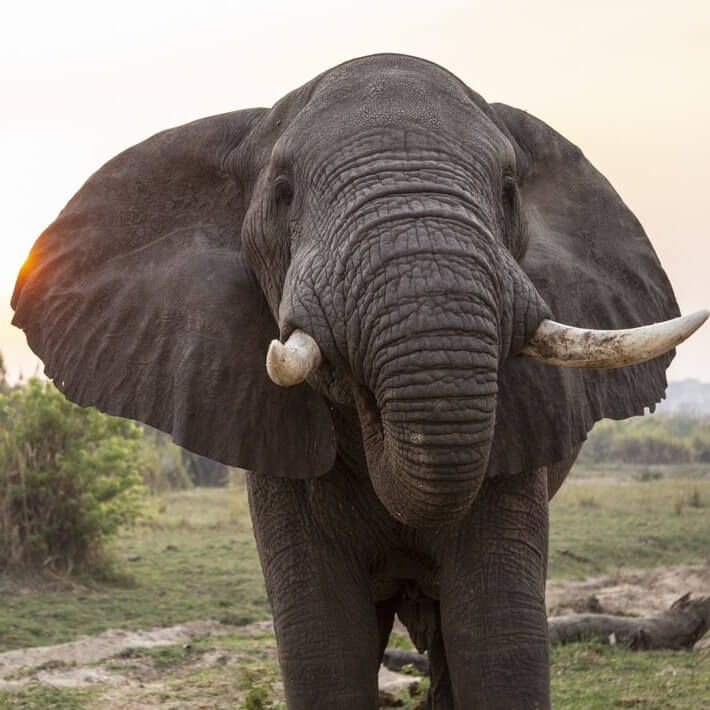 The meat trade could surpass the ivory trade as the primary threat to elephants.

Elephant poaching continues to be a significant environmental issue. According to World Wide Fund for Animals (WWF), poachers kill tens of thousands of elephants every year. As of 2007, wildlife experts hypothesize that poaching for meat may surpass the ivory trade as the primary threat to elephant populations.

In the Democratic Republic of the Congo (DRC), the hippo population has declined by over 95 percent. In the late 19th and 20th centuries, researchers recorded herds of 20 to 30 giraffes. Now, on average, herd sizes contain six or fewer individual animals.

However, increased local, national, and international efforts continue to fight against illegal poaching and wildlife trafficking. Across Africa, people work to eradicate poaching for good. In Kenya, wildlife poaching dropped by 90 percent over the course of six years.

“Participation in decision-making processes means a possibility for citizens, civil society organisations and other interested parties to influence the development of policies and laws which affect them,” says DearSa.