The Union advocates for plant-based living and shares tips on how to lead a vegan lifestyle. Lee Won-bok, who runs the KVU, told The Korea Herald that plant-based diets were growing in popularity in South Korea.

“More people are interested in a healthy diet, and the awareness on animal rights and for a clean environment is also growing,” Won-bok explained.

Won-bok revealed that, in addition to veganism, there is another fast-growing trend in South Korea: flexitarianism. Those that follow it typically try to eat more plant-based food and fewer animal products.

The KVU estimates that there may be as many as 10 million flexitarians in the country. This figure represents nearly 20 percent of South Korea’s total population. In order to meet the growing demand for plant-based food, Korea’s vegan market has been expanding. 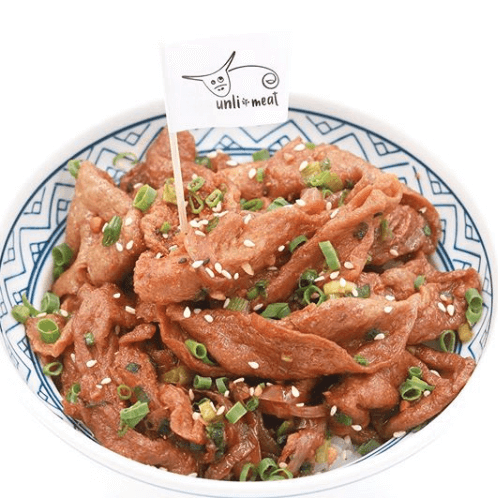 The plant-based food market in South Korea is expanding. | Unlimeat

“People just think of plant-based meat analogues as bean meat, but that’s a story of the past. We now use various ingredients other than beans, and also use fiber to create the different textures of meat,” Jeong Jae-hee, an official from Viomix, told The Korea Herald.

Even some of South Korea’s biggest stars are going vegan. Im Soo-jung, who starred in the television drama “Search: WWW,” is vegan. The actress, who just turned 41, says she went plant-based five years ago after learning she was allergic to a number of animal proteins, including dairy.

“After going vegan, I became interested in animal protection and environmental sustainability, and my lifestyle started to change,” she told SCMP.

“It is an inevitable trend,” Won-bok said. “People now care about the environment, and the rights of animals, and they are more cautious of what they eat.”