Its five new products include vegan strips of veal and chicken, veal burgers, and chicken with spinach.

It’s not the first brand to create vegan veal. In 2018, Michael Voltaggio—the winner of season six of Bravo’s cooking competition “Top Chef”—created a vegan version of osso bucco for Crossroads Kitchen, a vegan restaurant in Los Angeles. The Italian dish is traditionally made from veal shanks, but Voltaggio used beets.

Noel Alimentaria hasn’t used beets. Instead, it has opted for soy and pea protein to create its vegan veal, reports Financial Food. The publication notes that the company conducted a year’s worth of research to create the products and invested more than €1 million. 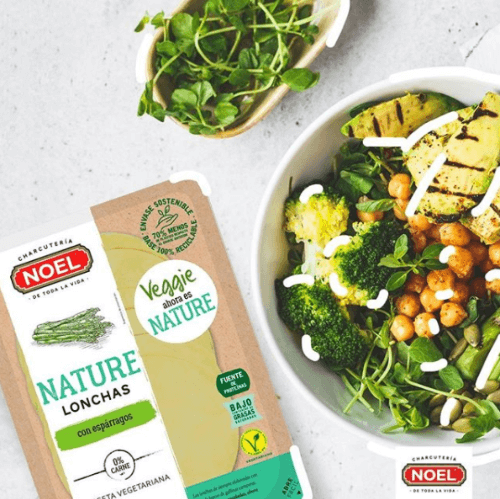 A number of Spanish consumers are opting for vegan products more frequently. A recent study by The European Consumer Organization (BEUC) found that in 11 European countries, including Spain, 40 percent of consumers are eating less meat for environmental reasons.

It found that 33 percent of people were more likely to opt for plant-based burgers over meat ones. Sixty percent said they were willing to ditch meat products for plant-based foods like beans and pulses.

Monique Goyens, director-general of the BEUC, said that consumer demand is one thing, but companies need to do more.

She said in a statement, “our survey shows that most consumers are willing to change their eating habits. But that is no easy task. Change must be rolled out at several levels to make the sustainable choice the obvious choice.”

Noel Alimentaria’s new vegan veal and chicken products will be on the shelves this month. Before the end of the year, it also intends to launch vegan mince, as well as pork-like products, like chorizo and sausages.

The investment will allow the company to scale and accelerate production. Its products, available in national supermarket chains, currently include soy-based vegan chicken and meatballs.