In his 2020 Oscars acceptance speech for Best Actor, “Joker” star Joaquin Phoenix called out the dairy industry and the specieism that underlies the food industry. But what is speciesism?

Phoenix summed up the concept up best. He said in his speech, “we’re talking about the fight against the belief that one nation, one people, one race, one gender, or one species has the right to dominate, control, use, and exploit another with impunity.”

The dairy, egg, and meat industries are speciesist because of the reliance on humans exploiting non-human animals.

In the dairy industry, farmers separate calves from their mothers. Phoenix said, “we feel entitled to artificially inseminate a cow and when she gives birth we steal her baby. Even though her cries of anguish are unmistakable.” He added, “and then we take her milk that’s intended for the calf and we put it in our coffee and cereal.”

The egg industry discards and kills male chicks because they aren’t useful; they can’t produce eggs for humans to eat. In the meat industry, cows, lambs, chickens, turkeys, and many other farmed animals are slaughtered for their meat. This is so that people can eat sausages, bacon, and other products. Most people don’t need to eat these products to survive. In fact, a growing body of research suggests that following a whole foods, plant-based diet is the healthiest way to live.

Why Do We Eat Animals?

So why do we do it? Dr. Melanie Joy says we don’t realize how speciest we are as a society. A social psychologist and author of the 2009 book “Why We Love Dogs, Eat Pigs, and Wear Cows,” Joy has devoted much of her professional life to discussing the concept of carnism. A subset of specieism, carnism is the ideology or belief system that conditions people to eat certain animals.

“Because carnism is invisible, people rarely realize that eating animals is a choice, rather than a given,” Beyond Carnism explains on its website. Joy is the founder and president of the U.S-based organization.

“In meat-eating cultures around the world, people typically don’t think about why they eat certain animals but not others, or why they eat any animals at all,” it continues. “But when eating animals is not a necessity, which is the case for many people in the world today, then it is a choice—and choices always stem from beliefs.”

Outside of the food system, specieism is also seen in entertainment, in tourist attractions like zoos and marine parks, in scientific research, and in fashion. The fur industry, for example, survives by exploiting animals for their skin. In places where it isn’t necessary to wear fur for survival (pretty much everywhere nowadays), this is pure specieism.

The BBC says, “pure speciesism carries the idea of human superiority to the extreme of saying that the most trivial human wish is more important than the vital needs of other species.” It continues, “For example, a pure speciesist would argue that it’s ok for animals to be cruelly treated and killed to provide fur decorations for human beings to wear.” 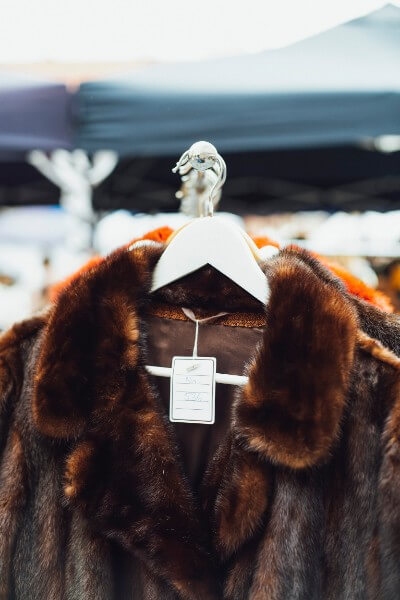 Wearing fur is a form of speciesism.

Are We Close to Overcoming Speciesism?

Philosopher Peter Singer popularized the idea of speciesism. But the term was first used by Richard D. Ryder, an animal rights activist, psychologist, and writer. In Singer’s view, we are far from overcoming speciesism in society.

He told the New York Times in 2015, “although it is true, of course, that we have not overcome racism, sexism, or discrimination against people with disabilities, there is at least widespread acceptance that such discrimination is wrong, and there are laws that seek to prevent it.”

“With speciesism, we are very far from reaching that point,” he added. “If we were to compare attitudes about speciesism today with past racist attitudes, we would have to say that we are back in the days in which the slave trade was still legal, although under challenge by some enlightened voices.”

Some disagree with the slavery comparison. In a piece for the Independent written in 2015, vegan journalist Ashitha Nagesh claims it can be offensive. She writes, “there’s a moral limit to how far you can take this argument. Or more specifically, where you can take it.”

“No matter how strongly you feel about the rights of animals, it’s still so wrong to use images of other people’s slavery to make your point,” she adds. She’s referring, in particular, to a drawing of a man hanging from a tree in 1815. Presumably, they are African-American. The caption reads “racism.” Next to it is an image of a pig hanging from a tree in 2015. The caption reads, “specieism.”

A vegan herself, Nagesh disagrees with speciesism and believes that animals are equal to humans. “But,” she adds, “it’s hugely offensive and insensitive to co-opt another group’s history of brutal oppression.” 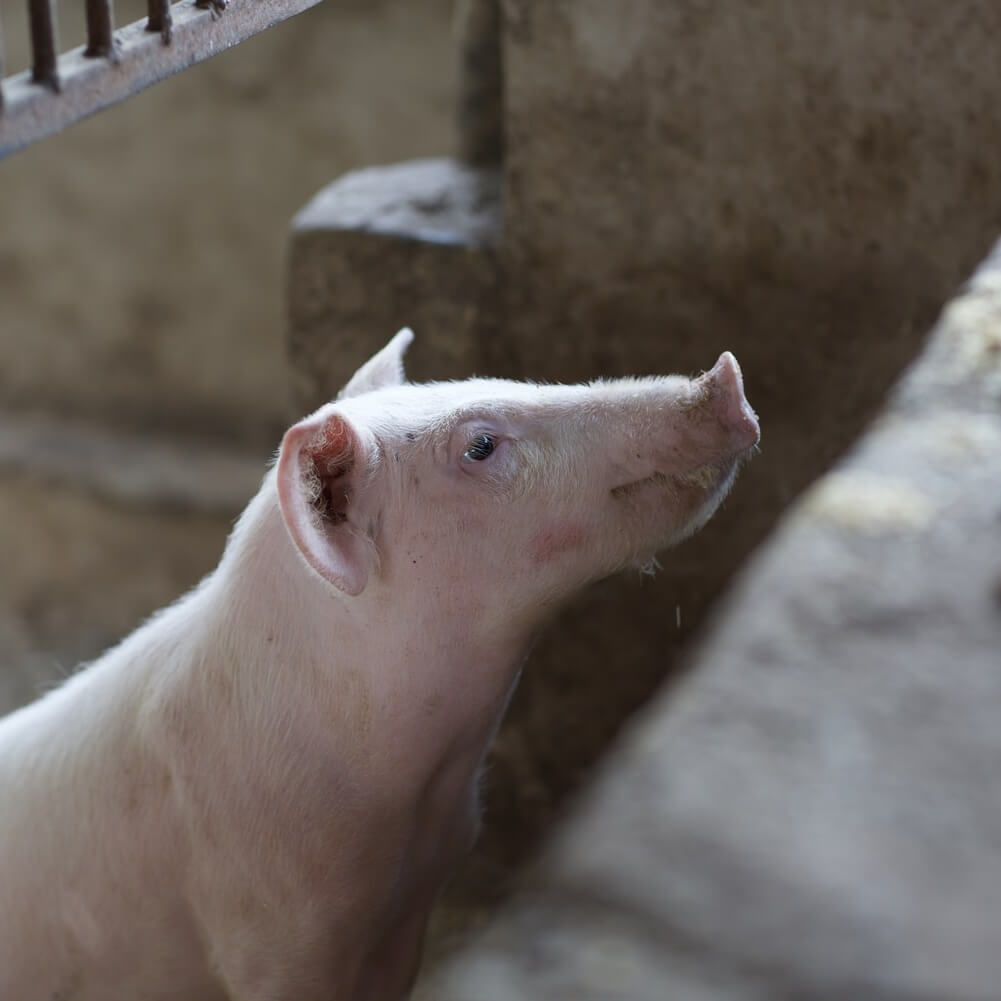 ‘What We Do To Animals Informs How We Treat One Another’

Simplifying an incredibly complex issue into a meme format is arguably problematic. It’s the imagery that Nagesh argues against.

She also states, “if you think about the gruesome realities of the meat, dairy, and cosmetic industries, then it’s pretty clear – if you consume animal products in any form you contribute to the captive breeding, forced labour, and murder of millions of sentient and loving creatures. It’s not entirely wrong in itself to say that this is a form of slavery.”

Vegan writer and lecturer Christoper Sebastian believes issues of oppression are connected. “What we do to other animals informs how we treat one another on this planet,” he said in a talk for Cornell Students for Animal Rights back in 2018. “It is always – always – someone who doesn’t have institutional power, and they’re usually brown.”

He states that rejecting speciesism and adopting a vegan lifestyle is a way of standing up against all forms of oppression.

“[Veganism is] what we can do, and is something that is much more powerful than all the other things that we can do combined,” he added. “And we don’t have to wait to do it. You can do it right now because your liberation is wrapped up with every other being on this planet we have to love and defend.”

The Holocaust is also sometimes used as a comparison by activists against specieism. Many find this problematic.

Writing for Jewish Veg—formerly known as the Jewish Vegetarians of North America—president emeritus Professor Richard H. Schwartz says, “the Holocaust was a uniquely horrible event in which six million Jews were slaughtered simply because of their religion, and many additional people were also killed.”

“Since I believe that the Jewish case for vegetarianism is compelling, I have urged that it is far better to present the basic facts about the many negative effects of animal-based diets and agriculture, without upsetting Holocaust survivors and their families and others who are disturbed by such comparisons,” he continues.

His article was written directly in response to an exhibit by animal rights organization PETA. It compared factory farm images to those from Nazi death camps. He was distressed by the exhibit, which he labeled “insensitive.” 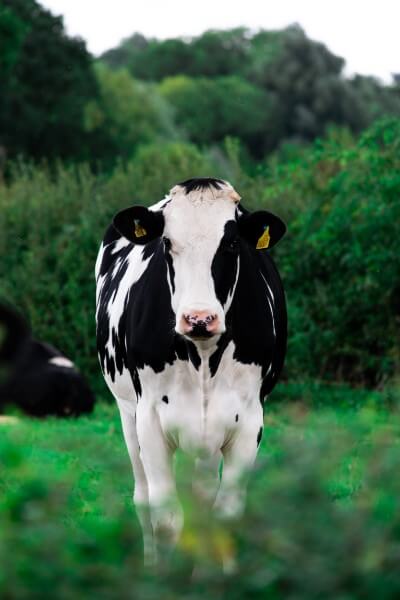 Speciesism is present across society.

That’s not to say, however, that lessons learned the Holocaust cannot be applied to animal rights today.

“The blindness of most of the world to the unspeakable horrors of the Holocaust should inspire us to move beyond our society’s indifference to active involvement in ending violence against both people and animals,” says Schwartz.

Ultimately, arguments against speciesism advocate for a society where humans are kinder to animals. They treat them with consideration, without exploitation, and their right to live their natural lives is respected.

But, Nagesh points out, while ending specieism completely is the ideal, it is perhaps not the most realistic goal at present. Activists against specieism should consider that not everyone is in a position to ditch animal products on the spot, she argues.

“Meat is a huge part of many cultures and religions and it is very hard to move away from that,” she notes. “For anyone thinking about changing their eating habits, it’s not going to help if they see vegans circulating sick memes with lynching comparisons.”

One way to oppose speciesism is to emphasize the “issues at stake.” She writes, “we can’t go on ignoring the fact that animal cruelty is a disgusting part of modern life.”