For consumers in search of vegan food that’s more sci-fi tech-savvy than ever, a new restaurant in Boston called Spyce should qualify. And there’s no risk in offending the chef with your special requests or dietary restrictions; it’s using a robotic kitchen to make salads and grain bowls in three minutes or less.

The brainchild of four MIT robotics grads (obviously), Michael Farid, Brady Knight, Luke Schlueter, and Kale Rogers, better known as the “Spyce Boys”, the idea was spurred on by their lack of time, kitchen experience, and budget while also seeking out fresh and healthy meals to keep them energized and focused for all the hours needed for making robots… the answer to their problem turned out to be right in front of them. So, according to Farid, “as robotics-obsessed engineers, we set out to create a new and efficient way of cooking food,” he said in a recent video explaining the Spyce story.

Spyce customers in Boston order from an electronic kiosk.  And there’s a video component that allows them to see their food in progress. 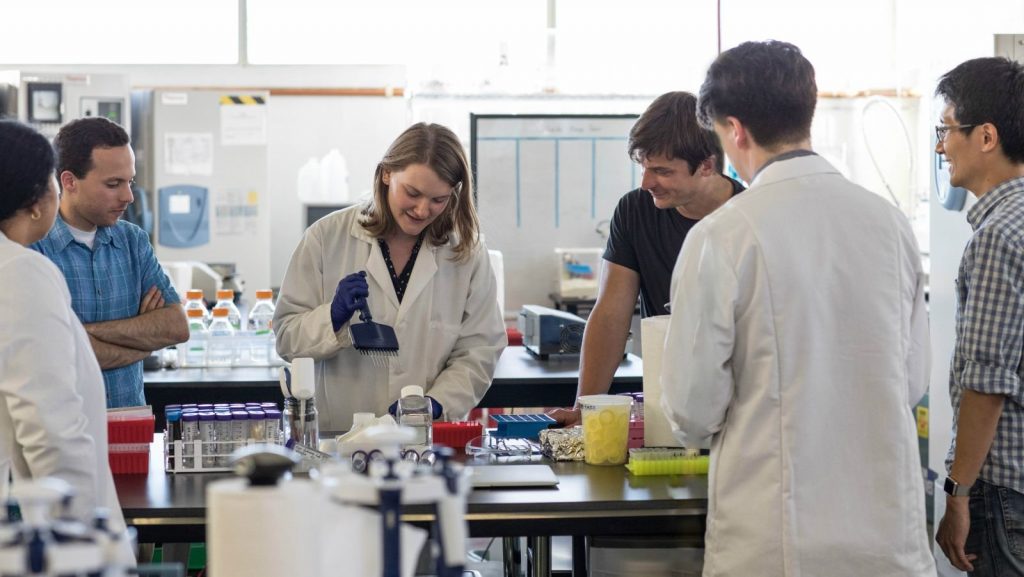 Salad-making robots aren’t the only tech making vegan food more accessible and affordable these days. Several vegan start-ups are Silicon Valley darlings because of their tech. JUST (formerly Hampton Creek) is using a custom database to assess the many properties of plants by identifying every possible functionality. And both Beyond Meat and Impossible Foods have recreated the meaty texture of beef (and pork in Beyond Meat’s new sausages) over many months of research and testing. This is less perfecting a family veggie burger recipe and more like the MIT robot-building. Finding the right mix of protein and fats, colorants from ingredients like beets, and so much more.And while it would seem like a perfect fit for Spyce to serve these other high-tech vegan foods, it’s not quite there yet. Right now customers can order vegetarian, vegan, and gluten-free grain bowls or salads from the simple menu.“Our woks cook by constantly tumbling your food, which provides a really nice and even sear,” says Schlueter. “They’re heated with induction and we have temperature control to perfectly cook your meal every time.”

The robot does everything except add toppings — that’s the only thing done by human hands, the founders note.

The meals are priced with college students in mind at about $7.50 a bowl.

“From our humble starts in our fraternity basement,” says Knight, “we developed a prototype that really sort of proved we could build something that can create delicious, high-quality meals.”