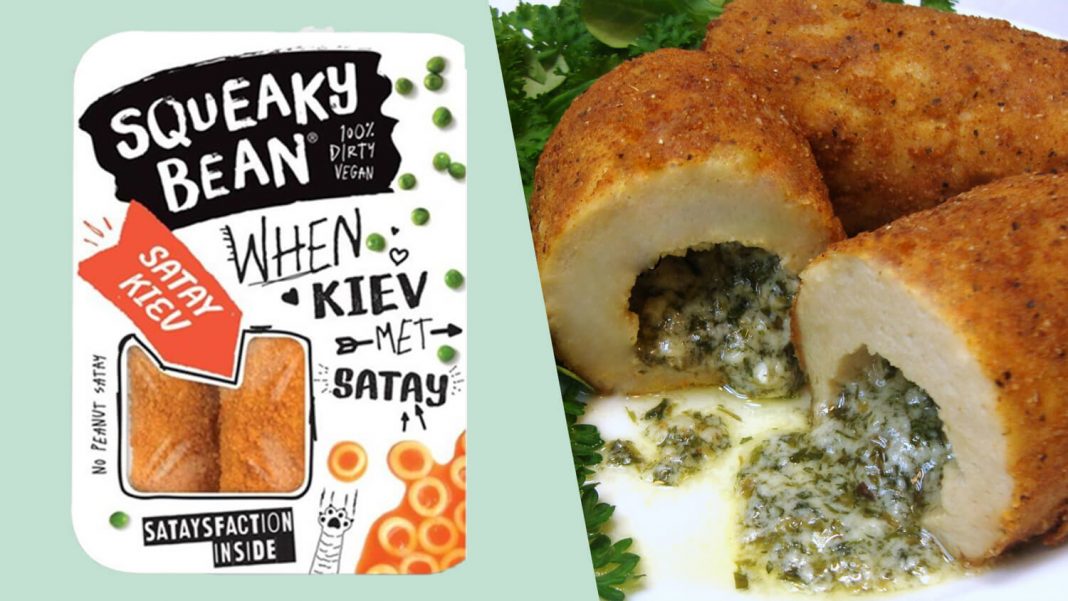 Squeaky Bean is the first plant-based meat brand created by European chilled food supplier Winterbotham Darby. According to The Grocer, the company aims to “challenge the squeaky clean image of veganism.”

Winterbotham Darby says its new range will offer some healthy competition. The company said it was “inspired by the best vegan food you can eat out and bored by the vegan offer in supermarkets.”

Manufactured in the Netherlands and made with soy and wheat protein, the new line offers consumers nostalgic, convincing “dirty vegan” junk food.

“We wanted to recreate those childhood favourites and give people the choice to eat something more indulgent,” said Sarah Augustine, the co-creator of Squeaky Bean. “We’ve created an exciting brand to sit away from the rest by giving consumers something that’s messy but not necessarily basic.”

Vegan Food Soars in Popularity in the UK

Around the world, more and more consumers are ditching meat and other animal products for health purposes as well as environmental and ethical reasons. In the UK in particular, demand for plant-based foods is soaring.

One recent study revealed that nearly three million Brits would go plant-based for Veganuary this year, a campaign which encourages consumers to ditch meat, dairy, and eggs for one month.

Taking over from Germany, the UK was recently declared the world leader in vegan product launches. According to Mintel, 16 percent of UK food product launches in 2018 were completely plant-based.

Alongside the Fishless Fingers and Nuggets, the new Satay Kiev will be available in 300 Asda stores from January 28. If you’d like to try your hand at making your own vegan Kiev, The Gentle Chef offers a recipe in its Seitan and Beyond PDF cookbook.