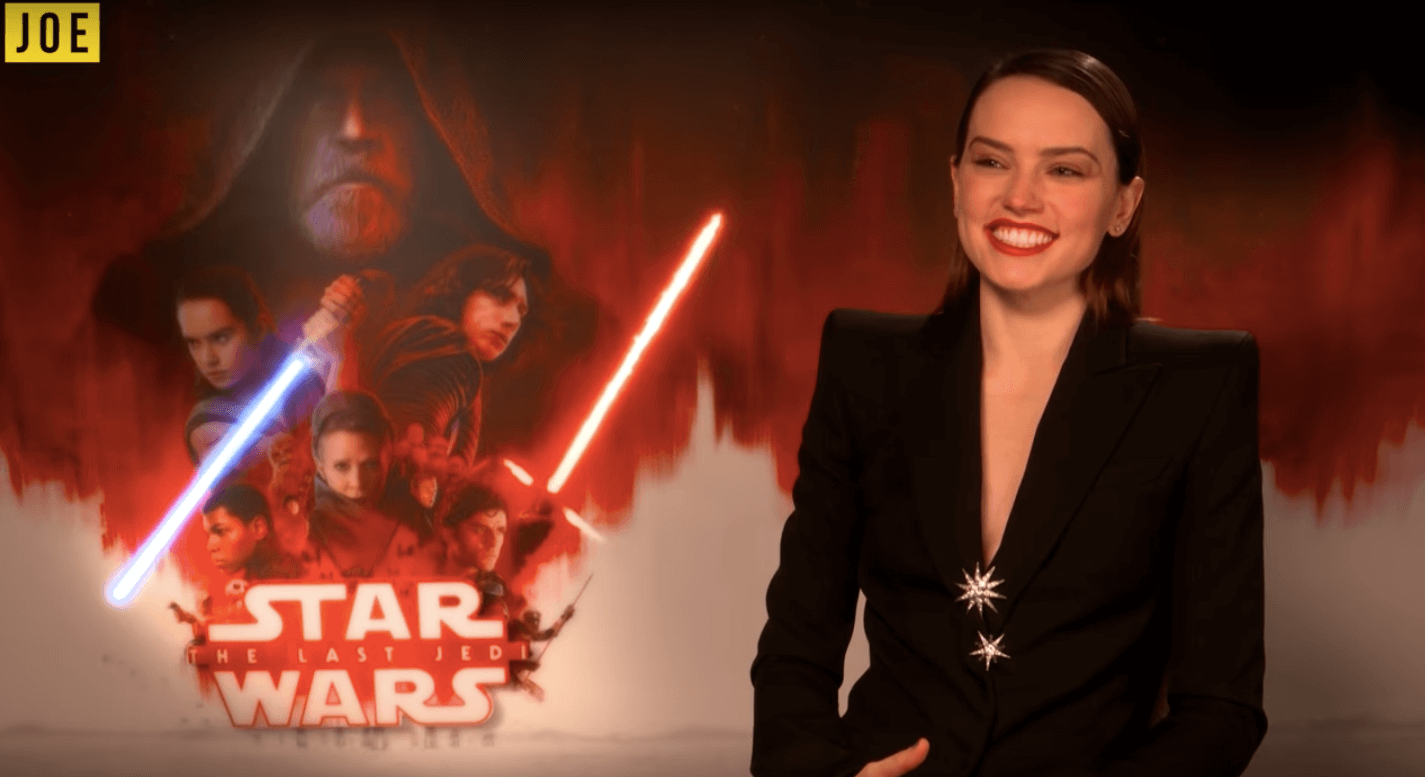 Nothing Star Wars star Daisy Ridley (“Rey”) does these days can surprise us much. She’s a legitimately cool and compassionate powerhouse (caring for her deaf and blind dog, “Muffin”) who’s reinvigorated a franchise no one thought could get any more popular. But her recent “coming out” as a vegan? Well, that’s icing on the cruelty-free space cake.

Star Wars fans know that Jedis are tapped into some serious next-level consciousness. It’s kind of rule number one for being a Jedi, actually. Remember Yoda (Ridley’s favorite Star Wars character, btw) breaking down how The Force works in The Empire Strikes Back?

“For my ally is the Force. And a powerful ally it is. Life creates it, makes it grow. Its energy surrounds us and binds us. Luminous beings are we, not this crude matter. You must feel the Force around you. Here, between you, me, the tree, the rock, everywhere! Yes, even between the land and the ship.“

In other words, we’re all one. That’s certainly not a philosophy exclusive to Jedis. It’s something Buddhists or yogis might tell you, too (Yoda, of course, is yoga personified). And like traditional yoga philosophy teaches us, eating other beings is not the most enlightened choice in the universe. Especially when the plant kingdom is full of delicious and good-for-you Jedi-enhancing energy.

So it’s not a huge surprise that The Last Jedi star Daisy Ridley is a vegan, as she mentioned in a recent press interview with JOE.ie, Ireland’s premier men’s lifestyle website.

She was discussing the challenges of traveling to promote the film, but was lucky enough to experience a delicious vegan meal at Chinese restaurant Mr. Chow. “Someone did a great [vegan] order for me,” Ridley says, “it was very delicious.”

For any other Jedis wanting to to eat like Rey, Mr. Chow has locations in several star systems, including London, New York, Los Angeles, Miami, Las Vegas, and Mexico City.