The festive new drink is a combination of mocha sauce and marshmallow syrup. To make it vegan, order it with plant-based milk and without whipped cream. The caramelized sugar topping is also suitable for vegans.

The new “toasted” hot chocolate isn’t the only festive vegan drink on this year’s holiday menu. Starbucks UK also brought back the fan-favorite Gingerbread Latte — just order it with plant-based milk and without the whipped cream and wafer topping. The Toffee Nut Latte is vegan if you order it with plant-based milk and sans whipped cream and toffee nut sprinkles. 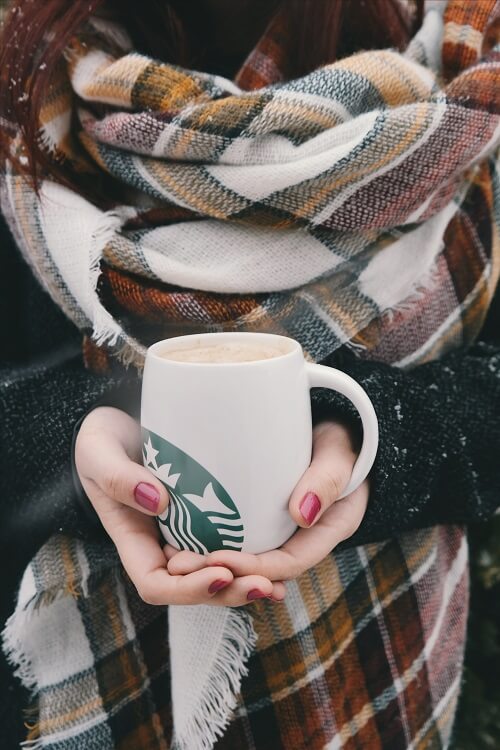 The festive menu at Starbucks UK has a few vegan options.

The world’s largest coffeehouse has steadily increased vegan options. In June 2018, Starbucks UK introduced a chocolate and raspberry cake. The company described the vegan treat as a “moist chocolate cake sandwiched with a layer of raspberry icing, decorated with chocolate icing and dried raspberries.”

For savory food, there’s vegan mac and cheese, a roasted vegetable salad, and for the holiday season, a Christmas wrap. The latter consists of “crumbled butternut squash fritters & roasted red cabbage with a vegan maple mustard mayonnaise in a beetroot wrap.”

Plant-Based Demand in the UK

Google has insights into the UK’s shifting lifestyle habits as well. According to research from consumer brands service Ceuta Group, the number of people Googling products has surged 469 percent.

“Consumers are paying more attention to what they put on their bodies and in their bodies when thinking about health, beauty, food, and drink. This seismic change is forcing brand owners to think differently,” Annette D’Abreo, Ceuta Group’s managing director, told BDaily last July.

D’Abreo explained that consumers are motivated to eat plant-based food for a number of reasons, including sustainability, health, and ethics.