Starbucks kicked off the impending spring season with two new vegan drinks. Each beverage is made with coconutmilk.

“Iced Pineapple Matcha Drink is the perfect blend of pineapple and matcha with a hint of coconut,” Kris Murray, product specialist for the Starbucks Beverage Research & Development team, said in a statement.

They added, “At first sip, you get some of that pineapple flavor complemented by the coconutmilk, with matcha and ginger flavors really shining through at the end.” 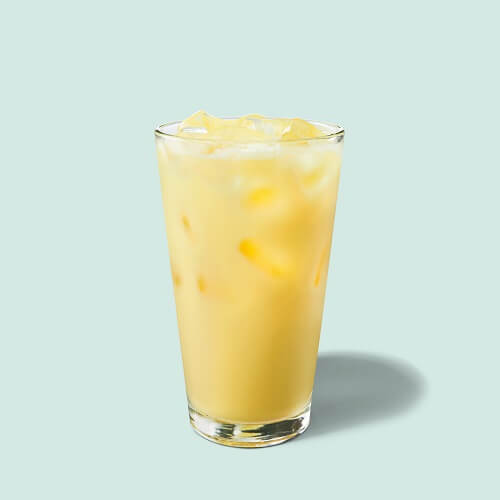 Starbucks’ two new vegan drinks are made with coconutmilk.

Why Is Starbucks Still Charging Extra for Vegan Milk?

Earlier this year, the coconutmilk latte was added to Starbucks menu boards nationwide. However, the company still charges extra for vegan milk—a decision that doesn’t sit will with many.

International animal rights organization PETA (People for the Ethical Treatment of Animals) has organized protests as Starbucks stores across the country. The goal is for the coffee giant to drop the upcharge on dairy-free options.

Other chains have responded by ending the “vegan tax” on milk. Soup and sandwich chain Panera Bread ended the extra charge on vegan milk at 2,000 stores across the U.S. and Canada last month. Pret A Manger made a similar decision last January.

Starbucks introduced soy milk in 1997, but it continues to charge more. Now, most chains that carry coffee and independent cafes offer not only soy milk, but also coconut, almond, and oat. The price differs by shop. One cafe might tack on an extra $0.50 for an oat milk latte while another may charge $1.00.

“Extra charges have a place: when you’re purchasing more,” wrote Tenderly author Britty Hamby. “An additional cost for ordering avocado on your burger, cheese on your fries, or a pump of vanilla syrup in your latte makes sense. But when we order a latte with plant-milk, we’re switching out an ingredient, not doubling up the size of our drink.”