Starbucks is adding more vegan items to its UK menus.

A Starbucks “insider” sent an image of the new vegan menu to the Vegan Food UK Instagram page. The group captioned the post, “we believe this may launch for Veganuary or sooner, along with some other bits.”

Starbucks UK isn’t new to vegan food. The leading coffee chain already offers a wide range of vegan food options, particularly in the UK. Some of these include a dairy-free mac ‘n’ cheese, a BBQ vegan wrap with jackfruit and cole slaw, and a tofu breakfast burrito. Many of the chain’s specialty drinks can be made with vegan milk. 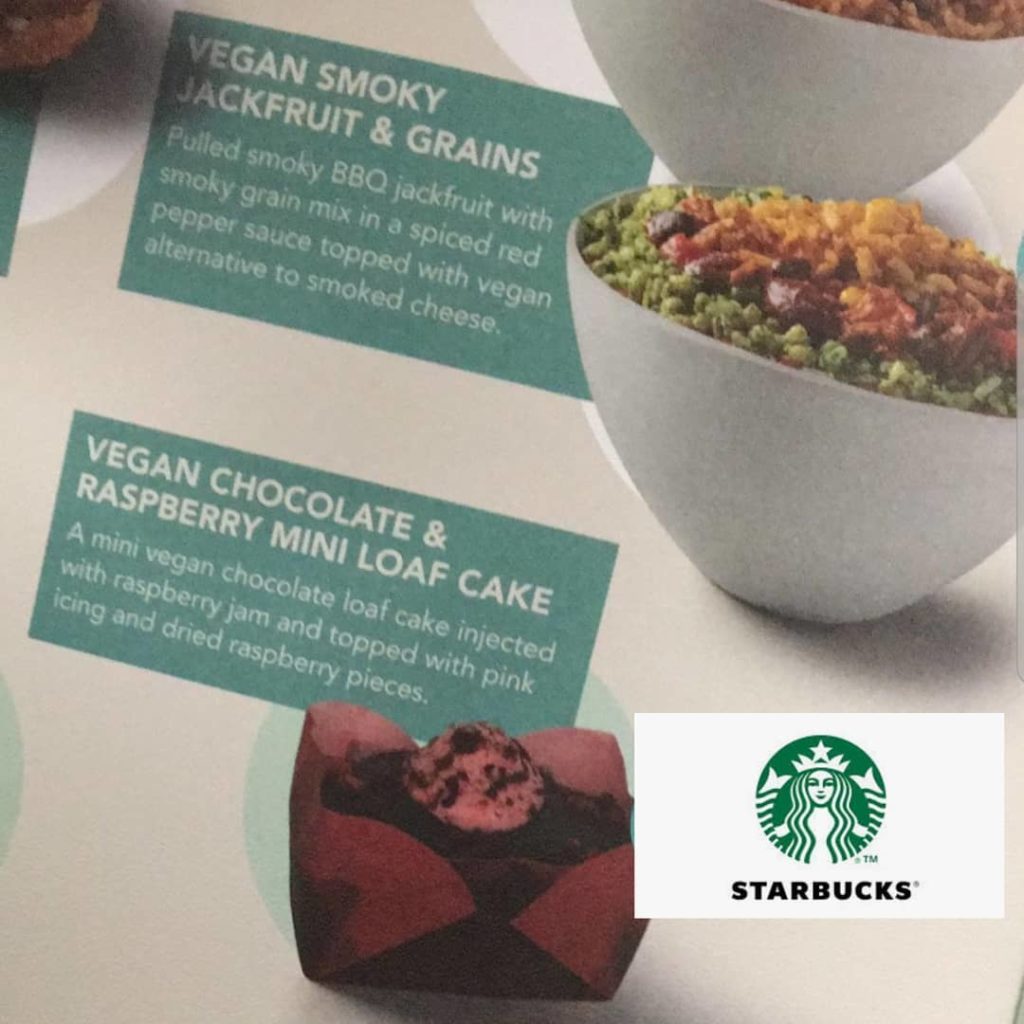 A number of UK chains have added vegan options to their menus this year. Bakery chain Greggs is now synonymous with the vegan sausage roll, and it has more plant-based options on the way, according to some insiders. The chain could be launching a vegan Steak Bake and doughnuts early next year.

A whistleblower — named only as Gregg Greggs — told Metro UK, “vegan steak bakes are definitely happening. I don’t have photos to confirm this. But all employees I’ve spoken to regarding it are aware they’re arriving in the new year.”

Even fast-food giant McDonald’s has announced its first fully vegan meal coming to its UK locations. The new Veggie Dippers — on the menu from the beginning of 2020 –are accredited by the Vegan Society.

Thomas O’Neill — the head of food marketing at McDonald’s UK & Ireland — said the new menu item is being launched in response to customer demand. According to recent research by Leatherhead Food Research, more than two million Brits have regular meat-free days every week.

“In the last 12 months, we’ve seen an 80 percent uplift in customers ordering vegetarian options at McDonald’s,” O’Neill said. “So it is time for the brand famous for the dippable McNugget to launch a dippable option for our vegetarian, vegan, and flexitarian customers.”