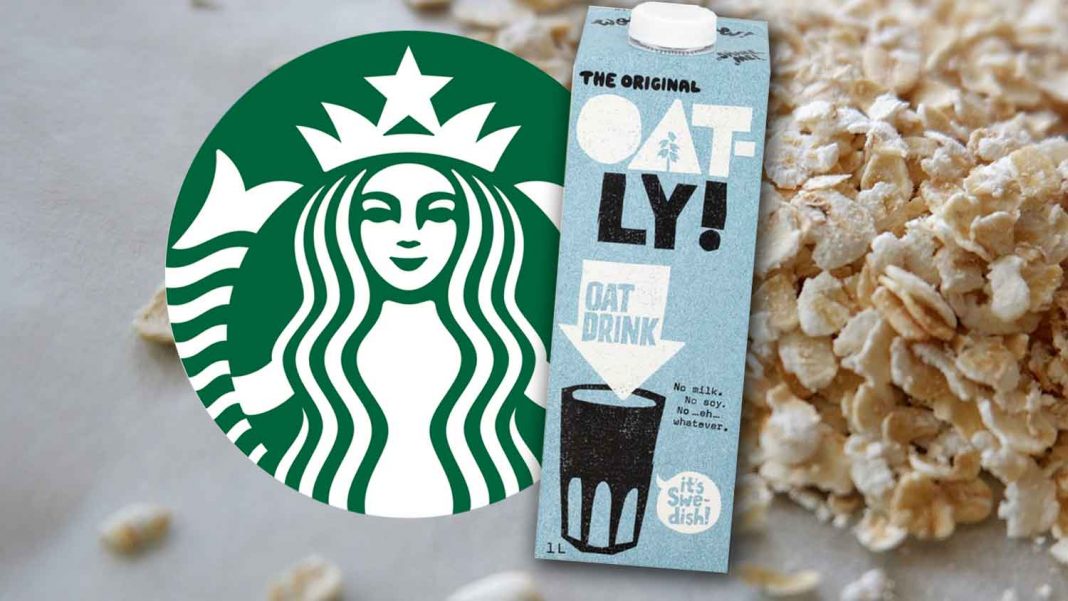 You can finally get a vegan oat milk latte in US Starbucks. The international coffee giant announced today that select Starbucks Reserve stores – the chain’s upscale cousin – will now offer the dairy-free milk.

The new addition to the menu is available at five Starbucks Reserve locations in New York City, Seattle, and San Francisco, CNBC reports. It can also be found at three Starbucks Princi bakeries in Chicago, NYC, and Seattle. Starbucks often uses its Reserve stores to test new menu items, such as its Nitro Cold Brew, prior to a nationwide roll-out

The oat milk, which is made by soaking steel-cut oats in water, blending, and then straining, is said to have a taste and texture closer to dairy than almond milk.

It’s oat milk’s creamy texture that is making it a rising star among dairy-free beverages. The American love affair with oat milk first began three years ago when Swedish brand Oatly launched in grocery stores and cafes across the country. The milk’s popularity led to shortages and inflated online prices – which some customers were willing to pay.

When you pour a splash of oat drink into your coffee you might not think it’s enough to make a difference for the planet, but actually a good amount of the cow’s milk that humans drink is in coffee, so you really are helping out the planet when you pour that sustainable, non-dairy splash and could even feel justified whispering “I’m amazing!” or something, if you wanted to.

While Oatly was sparked the craze, several brands stateside have jumped on the trend, including Danone-owned Silk, 173-year-old dairy brand HP Hood, and Quaker. Starbucks UK, which added oat milk to the menu in January 2018, uses Oatly, so it may be that US locations are also serving it. The company announced last October that it was in the process of opening up a 19,000-square-foot facility in New Jersey in order to meet consumer demand.

The Rise in Demand for Dairy-Free

The dairy-free milk category is fast-growing, with sales increasing by 61 percent between 2012 and 2017, according to data from Mintel. Overall dairy milk sales, meanwhile, fell 15 percent as Americans gravitate toward vegan milk primarily due to health concerns, as dairy has been linked to issues such as high cholesterol and blood pressure.

Dairy isn’t completely off the table – a recent survey found that 48 percent of Americans buy both vegan and dairy milk.

The opportunity for vegan options is “huge,” according to Starbucks founder Howard Schultz. While the US has lagged behind the UK, oat milk may become a nationwide staple if it’s a success at Starbucks Reserve storess