Starbucks UK has launched a new Peanut Butter Cup Frappuccino, and with a few small changes, the drink is vegan-friendly.

The new frappuccino, which features an “icy cold” blend of peanut-butter flavored sauce and chocolate chips, can be made vegan by ordering with dairy-free milk and without cream.

Instagram account Veegboi, which is run by a Starbucks barista, confirmed the drink could be made dairy-free.

“The Peanut Butter Cup Frappuccino contains a [nut-free] peanut butter (made from sunflower seeds!) and Frappuccino chocolate chips. It’s totally vegan when you sub to a dairy-free milk and remove the whipped cream,” they wrote in a post about the new drink.

They added in the comment section that while the chocolate chips are milk-free, the allergen information notes there is a risk of potential cross-contamination. If you’re concerned, it’s always best to check with the barista making your drink before you order. 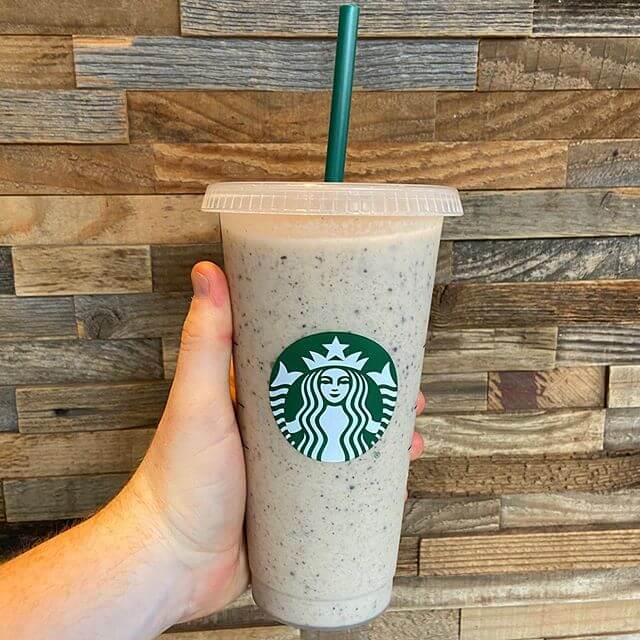 “I personally love it, it’s a sweet and nutty drink,” Veegboi added. “You can even add mocha chocolate sauce to make it extra chocolatey!”

Other Starbucks baristas have also confirmed the drink can be made vegan. Instagram account Vegan Food UK posted about the new launch; one Starbucks worker commented, “I can confirm that it is stunning.”

If you don’t want to miss out on cream with your frappuccino, you could take your own. Food Heaven’s vegan Whipped Spray is available from a number of retailers, including Tesco. You could also try Soyatoo’s Soy Whip, available from online supermarket The Vegan Kind.

Starbucks has also launched a new Chocolate Marshmallow S’mores Frappuccino, but this option isn’t as easy to customize. “It has whipped cream at the bottom and a darker chocolate sauce containing milk,” noted Veegboi. “When you remove these, it’s either easier to order a Vanilla Chocolate Creme Frap or a Mocha Frap!”

A number of Starbucks’ drink options can be made vegan. The coffee giant offers a variety of dairy-free milk options, including soya, oat, coconut, and almond.

The new Peanut Butter Cup Frappuccino is available for a limited time only, until September 30.