Starbucks is bringing the campfire classic of roasted marshmallow, grahams, and chocolate s’mores right to your kitchen with its vegan Starbucks Golden S’mores Coffee. The new blend is now available in U.S. grocery stores.

The coffee is modeled after the Starbucks S’mores Frappuccino, which is sold at its stores in the United States.

“Remember the quintessential summer experience of roasting s’mores by a campfire?” the company said in a press release. “The Starbucks S’mores Frappuccino brings back those summertime feels with every sip.”

The vegan dessert-style blend is made of its lightest roast 100 percent Arabica coffee. 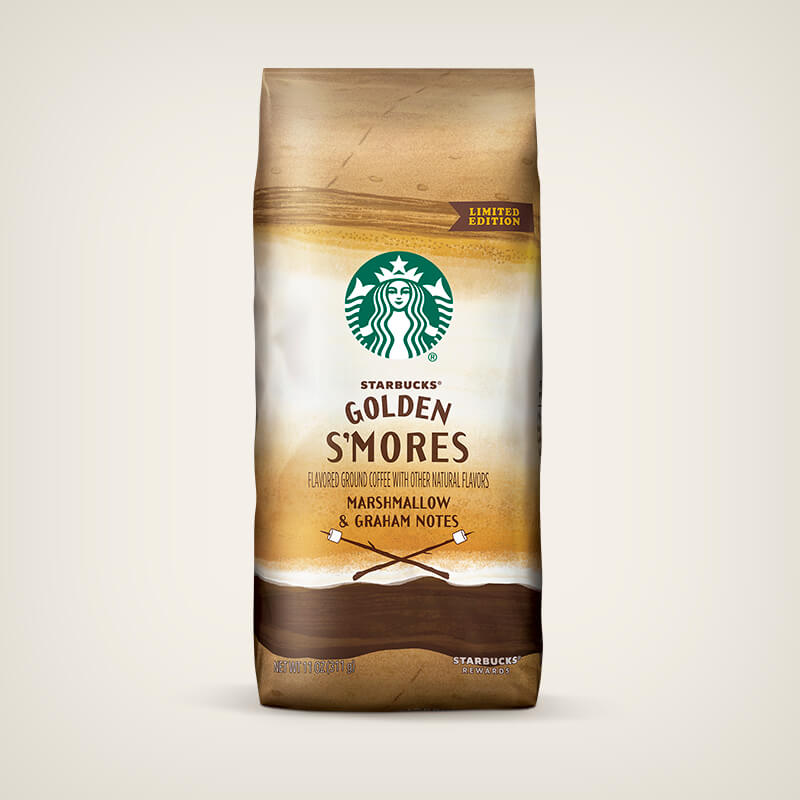 “Crafted to bring out the flavors of summer, this classic campfire treat features notes of marshmallow, graham, and milk chocolate,” Starbucks said about the product. It also uses natural flavors rather than artificial ones as part of its shift to meet customer interest in cleaner and healthier ingredients.

Vegan Food and Drinks at Starbucks

The world’s largest coffee chain offers a wide and growing range of vegan food and beverages to cater to the demand for plant-based options. Last year, the chain’s COO Rosalind Brewer told Starbucks shareholders that it receives more requests for vegan options than anything else. “We have a line that we’d love to share with our customers later this year, so it is in our plans,” Brewer said. “We know our customers ask us that repeatedly, and we’ll be responding.”

The chain has carried through with its promise. Last year it released vegan cookies and dairy-free cold-brew protein shakes in the U.S. It’s also got a wide range of veganizable drinks in store menus, including the popular PSL.

In the UK, Starbucks offers vegan all-day tofu breakfast burritos and boxes of dairy-free mac ‘n’ cheese. In February, it was reported that the chain will soon introduce vegan butter bars to its UK stores, too.

For those who want to add to their Starbucks-at-home collection, Target is now selling bottles of dairy-free Starbucks Frappuccinos made with almond milk.