One of the latest crazes to hit the internet and Starbucks baristas simultaneously is the vegan-friendly “TikTok” drink.

Named after the app — although the drink itself doesn’t seem to have any real relation — the TikTok is on Starbucks’ unofficial “secret menu.”

According to Elite Daily, the beverage has quickly become a “cult favorite” among Starbucks fans. To order, ask for a blended Strawberry Açaí Refresher with water or vegan milk, three scoops of strawberries, and three scoops of blackberries. If you want some extra zesty fizz, you can also add lemonade.

There’s no guarantee your server will be pleased with you if you order the complicated refreshment. One Twitter user said, “some kid just came into work and asked me to make her a TikTok drink does this mean I’m legally allowed to set myself on fire now.”

Another added, “whoever invented the ‘TikTok drink’ is 1) an idiot and 2) has made the past hour of my shift a headache and 3) needs to seriously rethink their [Starbucks] order.” 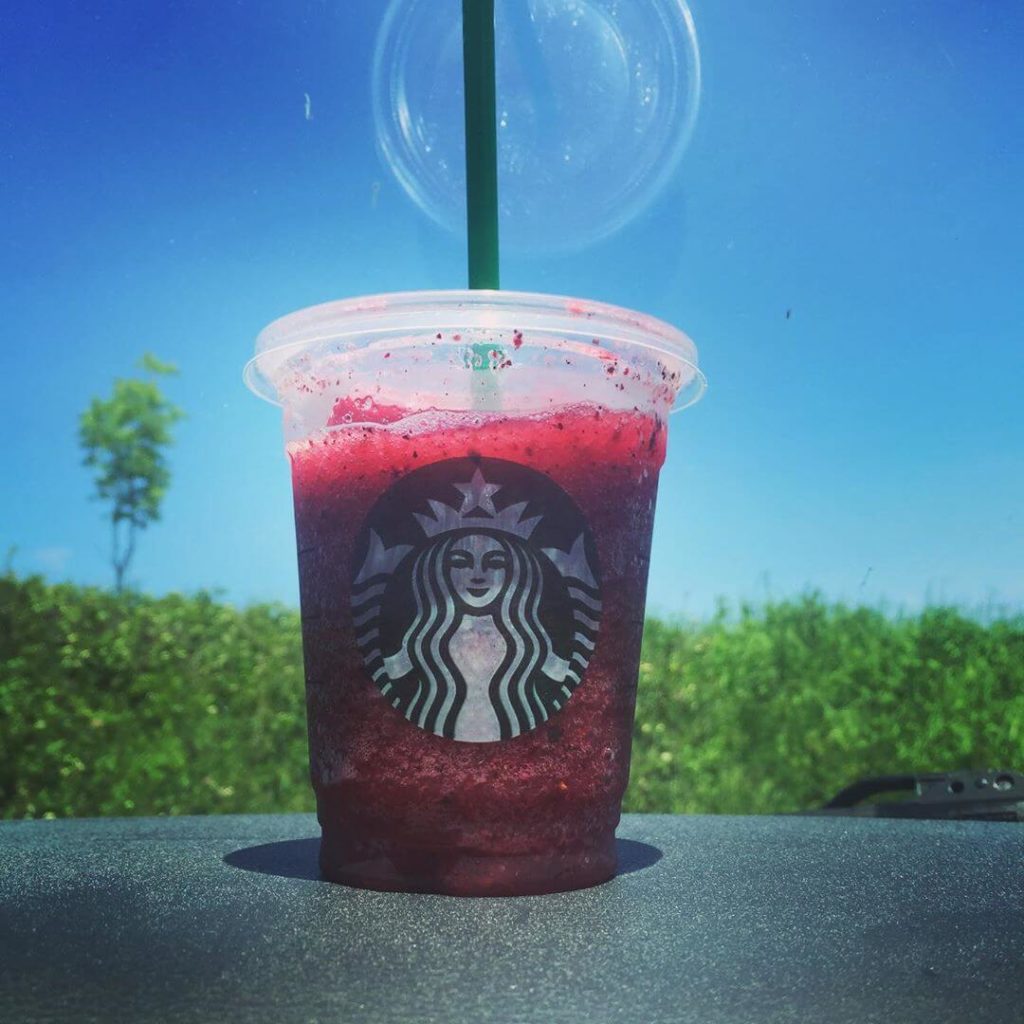 The TikTok drink is vegan-friendly | image/abbie_acount_2

If you want to avoid potentially irking anybody, Starbucks has a number of other vegan-friendly options on its official menu — which don’t require a long walk through for your barista on how to make them.

Many of its lattes, cappuccinos, and specialty drinks can be ordered with dairy-free milk, which, if you’re a loyal customer, you could get for free.

Earlier this year, the coffee giant re-worked its loyalty card scheme. For every two dollars spent in Starbucks, cardholders receive a star. Twenty-five stars sees customers able to add vegan milk to their beverage for free, avoiding the normal surcharge.

It’s not just vegan-friendly drinks on Starbucks’ menu. If you’re feeling brave enough, go ahead and order the TikTok, and accompany it with a lentil and vegetable protein bowl or a superberry açaí bowl.

If you’re in the UK, whilst you won’t be able to order a TikTok (the Strawberry Açaí Refresher isn’t on the menu), you can get your hands on an extensive vegan menu, including dairy-free macaroni cheese, an all-day breakfast wrap, cakes, biscuit bars, and a variety of coffees and smoothies.