It’s been nearly a year since European Starbucks locations launched the limited-edition Phantom Frappuccino topped with a dollop of black dairy-free whipped cream for Halloween. But this year, the coffee giant is upping the ante. The ingredients are not available yet, either, but the aforementioned Halloween-themed featured coconut-based whipped cream.

It’s unknown at this time if Starbucks will offer vegan whipped cream throughout fall and winter, but fans are celebrating the long-anticipated addition to the menu. While Starbucks has long offered dairy-free milk and vegan syrups for lattes, whipped cream was another story unless, like some fans, you brought your own along to the store (you know what they say: desperate times call for desperate measures).

“So pumped for this. Last year I sat with a pumpkin coffee somewhere plotting to bring my own plant-based whippy cream (the one from Asda),” wrote Instagram user vegansorceryuk.

October will see the launch of Vegan Whipped Cream at @starbucksuk 😋 🎃 ….. TAG A FRIEND WHO NEEDS TO KNOW "Finally!" We hear you say 🤣 But let's hope it stays, because we need #vegan whipped cream atop lattes and #hotchocolate Follow us @vegan_food_uk for the latest and most exciting vegan food news ⭐⭐⭐

‘Tis the Season (for Pumpkin Spice)

The warming, spicy blend of cinnamon, nutmeg, and cloves has become an autumn icon. While the US has yet to introduce dairy-free pumpkin spice syrup, vegan PSLs have been available in the UK since 2018. The latte can be made with soy, oat, or almond milk.

Starbucks isn’t alone in embracing the impending spooky season. Costa Coffee, the largest coffee chain in the UK, has vegan “Walking Scary Bones Gingerbread” (gingerbread men decorated for Halloween with royal icing) according to Instagram user vegansmurf. Pret a Manger launched a vegan-friendly PSL last year, but the chain has yet to announce its fall menu. Veggie Pret, the vegetarian offshoot of Pret with 10 locations, recently made all of its bakery items vegan, so there is hope for plant-based seasonal treats this year.

According to the Instagram vegan_food_uk, which is always in the know about upcoming launches, UK stores will have dairy-free whipped cream starting in October. Two commenters pointed out that the vegan whipped cream is already available in Ireland and Northern Ireland.

“I’ve had one today … and they’ve had the vegan whipped cream- amazing as expected guys,” wrote user fils.journey. 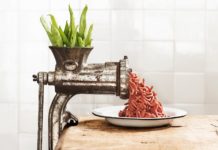 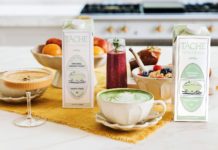 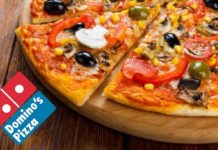 Every Vegan Option at Domino’s Pizza