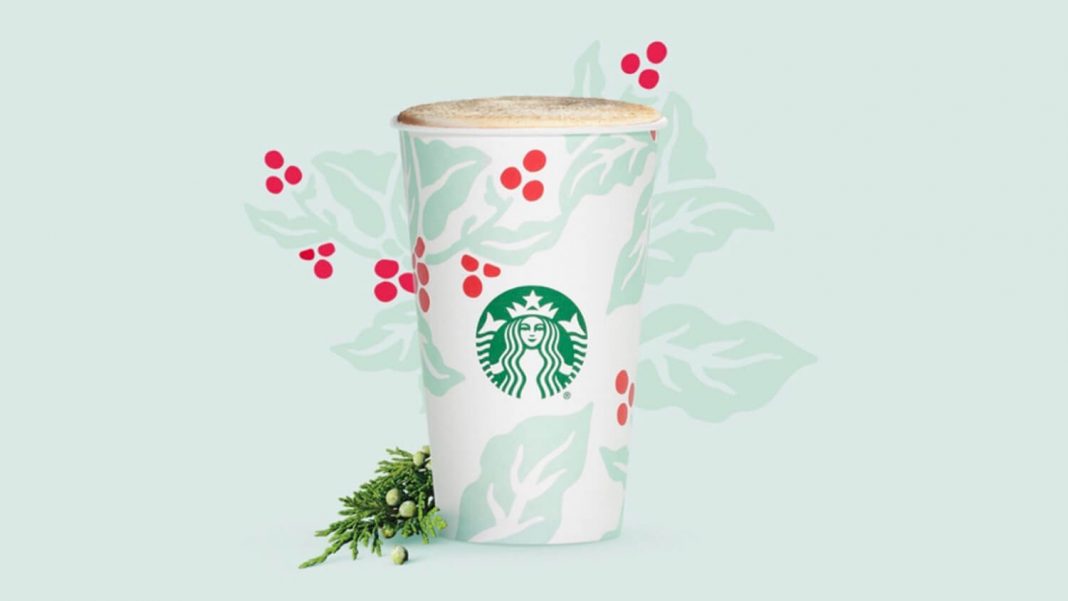 Starbucks, the largest coffee shop chain in the world, launched a Christmas-tree-inspired drink to get consumers into the holiday spirit. A percentage of the proceeds from the drink’s sales will be donated to the fight against AIDS.

The beverage, called the Juniper Latte, features juniper syrup and contains notes of pine and citrus. Pumpkin, apple, red cabbage, and turmeric are included in the recipe and the drink is topped with velvety foam. If made with nondairy milk, the latte is vegan.

But the new latte is more than just an enjoyable drink, purchasing the product benefits an important cause, too.

In honor of World AIDS Day, which falls on December 1, Starbucks pledged to donate 20 cents for every latte bought in participating North American stores on the day. The money raised will be donated to the Global Fund to help the nonprofit organization (RED) fight AIDS across Africa.

⁣The notes of evergreen and roasty espresso in the new #JuniperLatte pair well with a crackling fireplace and your favorite fleece. ?Available in the US and Canada.

A proud partner of (RED) for 11 years, Starbucks has helped raise awareness about HIV and AIDS and has contributed more than $14 million to the Global Fund, the coffee chain said in a press release.

The initiative isn’t Starbucks’ only effort to create meaningful change. It is also striving to become more environmentally friendly. The company recently announced it would build and renovate 10,000 stores, allowing them to run on renewable energy by 2025. The stores will also use technology intended to spare 25 to 30 percent of energy and water usage.

On top of this, Starbucks recently vowed to no longer offer single-use plastic straws, a decision that will result in more than one billion fewer straws being made every year. As an alternative to the straws, a new lid was designed negating the need for a straw. For people who still require a straw, such as those who need it for medical purposes, one made from sustainable materials can be requested.

Also in the realm of becoming more sustainable, Starbucks has introduced various plant-based products, such as its Vegan Winter Sandwich and a sweet potato falafel wrap. Choosing these items over dishes that include meat and dairy could have a positive impact on the planet, according to a growing bank of research.

The Juniper Latte is available at participating Starbucks stores in the United States and Canada for a limited time.