Stella McCartney and Adidas have teamed up once again to launch new vegan Stan Smith trainers.

The two brands first collaborated on a pair of vegan Stan Smiths last year; they were a hit with many, including celebrities Emma Thompson and Madonna.

Similar to the original design, the new version of the eco-friendly trainers — made with animal-free glue — includes brightly colored rainbow laces. Instead of Adidas stripes, they feature punched-out rainbow stars, and on one tongue there is a picture of tennis icon Stan Smith. On the other, there’s an outline of Stella McCartney herself.

According to the designer, it was her own love of Stan Smiths that brought about the initial collaboration. She told Vogue, “a few years ago my husband (Alasdhair Willis) commissioned Adidas to make me a special pair of vegetarian Stan Smiths for my birthday as he knew how much I love the iconic trainer.”

“It got me thinking,” she continued. “Every time I saw the Adidas team, I’d say, ‘why can’t you make all your Stan Smiths veggie?’ 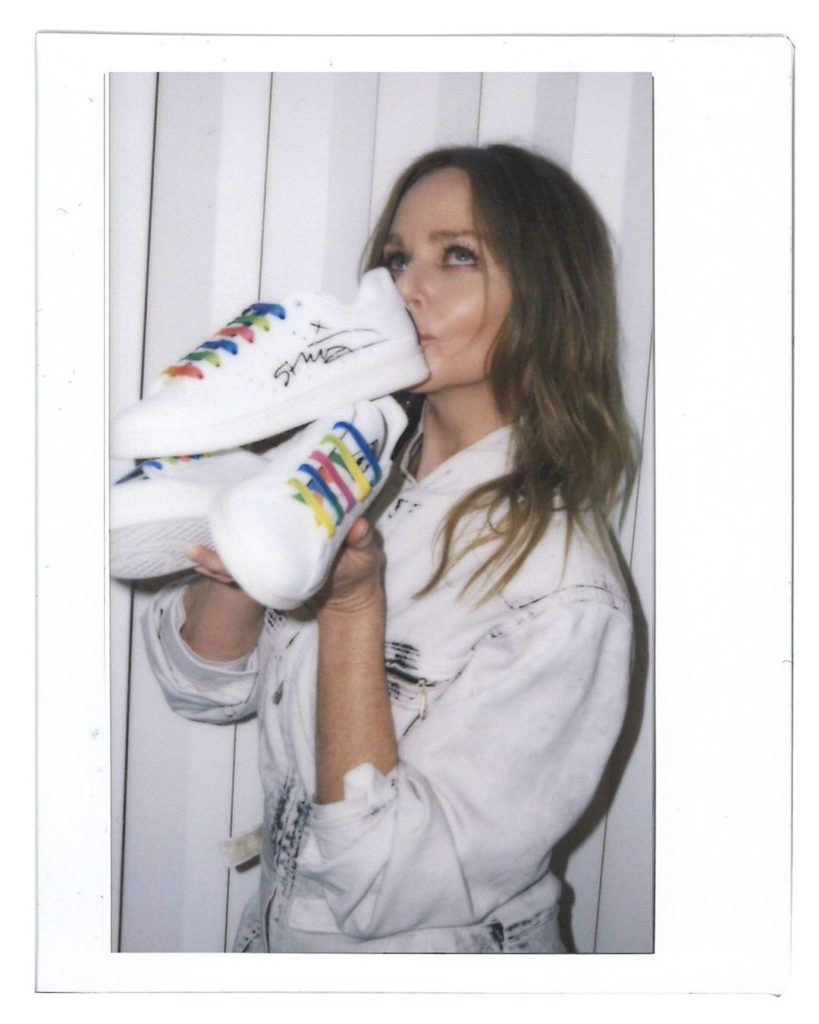 Sustainable, Vegan Fashion ‘Is the Future’

McCartney is passionate about environmentalism and animal welfare; she doesn’t use leather in any of her collections and avoids most other animal-based materials, including wool and fur.

After much convincing, Adidas agreed to make McCartney’s dream come true, and collaborate on vegan Stan Smiths. According to the designer, the end product brought her a whole new customer base of young conscious consumers.

“So many young people came into our stores to enquire about the Stan Smith,” she explained. “Asking questions about what the trainer was made with, telling our staff about why it was important for them to choose a vegan shoe over a leather one and what it represented. This is the future.”

McCartney has long championed sustainable fashion. Earlier this year, she sent models down the runway with temporary tattoos of slogans such as “earth day every day,” “vegan,” and “regenerate.”

The designer believes it’s time for the rest of the fashion industry to join her. She told Vogue, “as one of the most polluting industries in the world, the fashion industry is now at a crossroads. We need to come together and achieve sustainable change to build a better future.”

The new vegan Stan Smiths cost £235 a pair and will be available to purchase from December 2.

Ellen DeGeneres Has a New ‘Kind’ Skincare Line. Is This Her Apology?