The new clothing line is called “All Together Now,” after the Beatles’ song which was released in 1969 on the Yellow Submarine album. The track was written by Paul McCartney — the father of the fashion designer — and John Lennon.

McCartney came up with the fashion concept after re-watching the Beatles’ film “Yellow Submarine.”

“I recently went to a screening with family and friends for the digital relaunch of ‘Yellow Submarine,'” McCartney said in a statement. “I hadn’t seen it since I was young, and honestly it blew my mind. It affected me in a way I just wasn’t expecting. Especially this idea of connecting people and bringing people together — politically this message has never been more relevant. So, I came out and I was like ‘I have to do something.’” 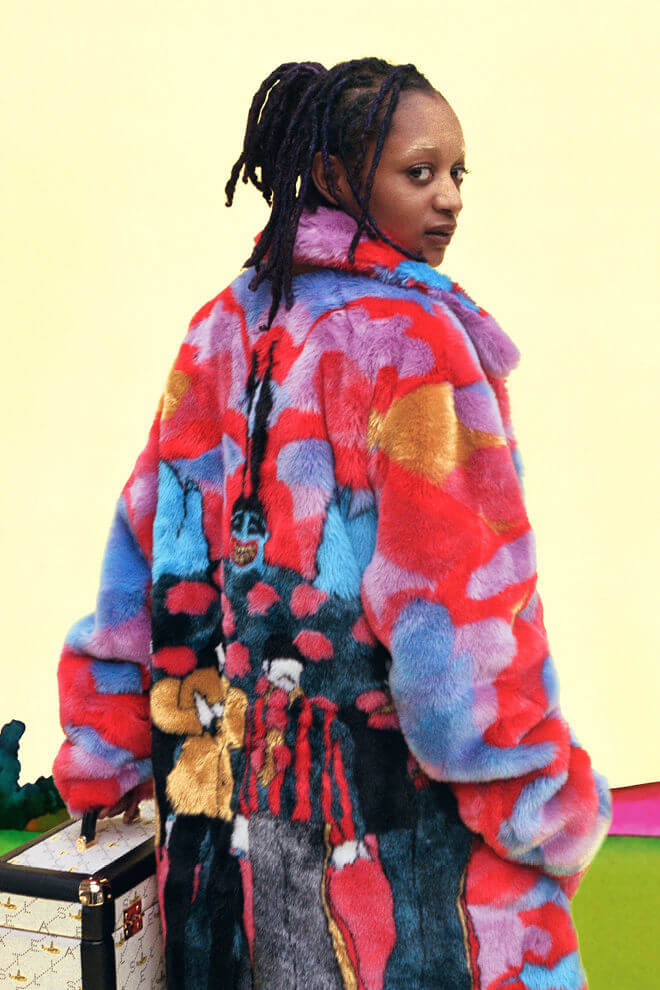 The collection is “emotional and authentic” yet resurrects the “fun, fantasy, and psychedelia” from the “Yellow Submarine” film, McCartney said. It shares the film’s message of “peace, love and togetherness with a new generation.”

The collection debuted at the recent Glastonbury Festival where it was worn by vegan musician Billie Eilish. The singer sported a custom two-piece look centered around the Blue Meanies, a fictional army who acted as antagonists in the Beatles’ film “Yellow Submarine.”

McCartney focused on sustainable materials like viscose, organic cotton, and denim to create the line. She also used regenerated cashmere, a fabric obtained from goats, meaning the collection is not fully vegan. Many retailers — including H&M and ASOS — have pledged to stop using cashmere due to animal cruelty concerns. The Stella McCartney website says that the company no longer uses virgin cashmere, instead opting for regenerated cashmere made from post-factory waste in Italy. The material has a 92 percent lower environmental impact than virgin cashmere.