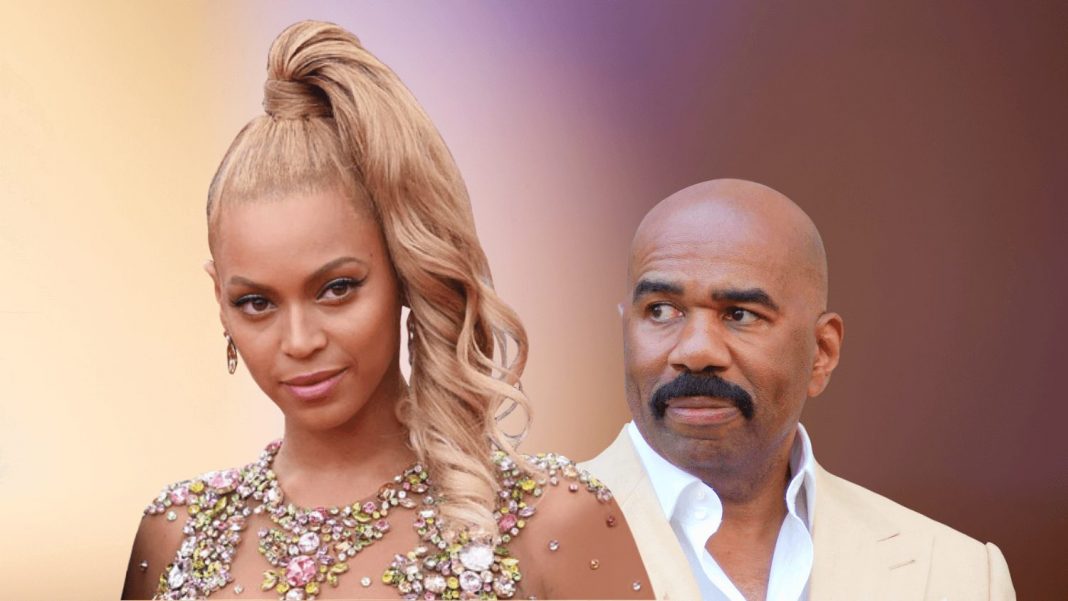 Television host Steve Harvey has gone vegan and it’s thanks, in part, to Beyoncé.

On an episode of his NBC talk show “Steve,” Harvey discussed how heart disease is the leading cause of death for men and women in the United States, but a plant-based diet has been shown to reduce risk.

Harvey then welcomed Marco Borges, personal trainer to Beyoncé and proponent of a vegan diet. His work includes co-creating the 22-Days Nutrition program with the pop queen and her husband Jay-Z and authoring the 2018 book “The Greenprint: Plant-Based Diet, Best Body, Better World.”

Borges helped Beyoncé get into shape for last year’s Coachella music festival, which made headlines when the “Formation” singer promoted a plant-based diet to her millions of followers. Last January, she and Jay-Z even promoted the 22-Days Nutrition program, challenging fans to go vegan in exchange for free concert tickets for life.

“Let me tell you something. I’ve been doing this since January 4, I gotta tell you, I do feel a lot better,” said Harvey.

A growing body of medical studies shows that a plant-based diet is effective in reducing the risk of heart disease. According to a study published by the American Heart Association last December, it’s even more effective than the organization’s recommended diet, which allows small amounts of animal products.

Borges said that change is as simple as starting with only one meal a day. He recommends opting for a vegan breakfast like oatmeal or switching meat for plant-based protein. “Just imagine, there are more than 15 million Americans that are taking cholesterol-lowering medication,” he said.

“Every time we eat, we are either fueling disease or feeding health,” said Borges. “We are not at the mercy of our genes…Disease is not what’s hereditary. It’s the habits that are hereditary. So, change your habits and you change your destiny.”