Khnum Muata Ibomu, aka stic.man, is a rapper, wellness advocate, activist, author, founder of RBG Fit Club, and one-half of the political hip-hop duo Dead Prez. Born in the rural community of Shadeville, Florida, stic.man has been rapping about Black pride since the 1990s. He met Mutulu Olugbala, best known by his stagename M-1, while attending A&M University and the two hit it off after discovering their shared political views.

Dead Prez is known for its confrontational style and lyrics that address topics like police brutality, racism, capitalism — and healthy living. A health scare in the ’90s led him to switch to a vegan lifestyle.

“I had gout in my early ’20s from drinking, smoking, not resting, and leading a stressed lifestyle,” Ibomu told LIVEKINDLY in an email. His wife, Afya Ibomu, an award-winning plant-based chef and cookbook author, was the catalyst for Ibomu to cut animal products out of his diet to heal his gout naturally.

“Through a vegan diet I was able to detox without medicines, heal my leg, become a martial artist, and just get back on my healthy gangsta all-around,” he continued. “Running, meditating, and having a much more optimistic outlook.” 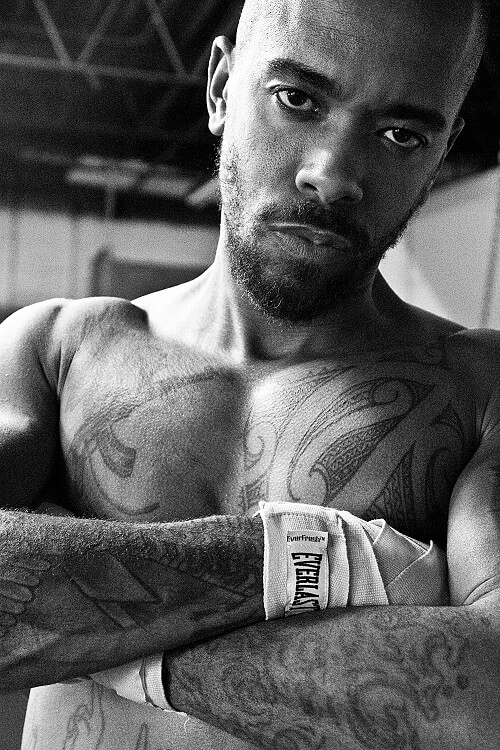 “Once I saw the power of the results, and how fast the gout was healed without medicines, it changed my life radically and I wanted to use the medium of my hip-hop platform to inspire others who might not normally relate to a plant-based lifestyle,” he continued. While somewhat radical at its time of debut, things have changed for the better.

“This was over two decades ago. Now the world has got on board a whole lot more. We used to have to search for tofu in Brooklyn.” He joked, “Now if you don’t duck you will get shot by a tofu stray bullet on every corner.”

Ibomu sees hip-hop as a powerful tool for promoting a positive lifestyle for both fans and artists. He launched his first “fit-hop” album, “The Workout,” in 2011, made to motivate listeners at the gym. He hopes the hip hop scene will show “more examples that show the power of plant-based healthy living as it relates to longevity and self care for your life and career.”

While Dead Prez’s messaging is still revolutionary even today, Ibomu says they’re not the first to promote a healthy lifestyle. “There are lots of artists who have chosen to be sober, or plant-forward and advocate fitness or martial arts and meditation and such with their platforms,” he explains, referencing icons like Grandmater Melle Mel, the Wu Tang Clan, Vince Staples, and plant-based juice bar chain owner Styles P.

“Nipsey Hussle was a friend of mine and he was exploring more plant-based options into his lifestyle and training,” Ibomu adds. “I sent him my book ‘Eat Plants Lift Iron’ and he was implementing a lot of it before his assassination.”

“I’m an ambassador for the Hip Hop Is Green movement,” Ibomu added. Hip Hop Is Green is an organization led by artists and performers that seeks to promote health to youth and their families living in low-income urban communities through the power of music. Its Green Dinner events, which serve free vegan food to families, are one of its most successful projects.

In 2016, the organization gathered hip hop pioneers and legends to sign a proclamation naming health and wellness as the 10th Element of Hip Hop, stating that the genre should stand for peacefulness, respecting the planet, fitness, urban gardening, meditation, food justice, equality, and veganism. Ibomu sees this as a sign that the healthy living movement within the genre is growing.

“Our #1 mission with RBG FIT CLUB is inspiring healthy living,” Ibomu says. “We do this by reinforcing the 5 core principles – Knowledge, Nutrition, Exercise, Restoration, and Consistency in all of our activities, projects, and endeavors.”

The couple also hosts a podcast and have authored several books — “Eat Plants Lift Iron,” “The Vegan Remix,” and “The Vegan Soul Food Guide to the Galaxy.” They also host a bi-monthly podcast offering their perspectives on living a healthy lifestyle. They also recently launched a music division, RBG Fit Club Records.

The couple recently purchased land in Atlanta to further expand the movement.

For years, veganism has been framed as a white thing, but according to Ibomu that assessment is out of touch with reality: “That was the case many years ago but there has been so much innovation and involvement from all sorts of folks, I don’t think the mainstream media has the dominant say anymore. Jaden Smith does so much great work – with his JUST Water brand and also his recent I Love You Restaurant — giving vegan meals to the homeless. Not to mention the most popular artists of our times, Beyoncé and Jay-Z — who are doing an awesome job using their platforms to encourage more people to consider plant-based lifestyles.”

He adds, “Rather than focus on what the mainstream media is or isn’t doing, I find it more constructive to tune in to all the independent channels that activist and artist are using to spread the good word. That’s where it’s at.”

Staying inspired is Ibomu’s personal mantra. He loves to run, practice new skills, listen to audiobooks, and spend time in nature. He finds inspiration in positive examples of masculinity, like Bruce Lee, Malcolm X, Academy Award winner Mahershala Ali, jazz pioneer John Coltrane, and sports psychology expert George Mumford, who has worked with top athletes like Michael Jordan, Shaquille O’Neal, and Kobe Bryant. “Too many folks to name,” he adds. “Everything inspires me, especially my family!”

As for other change-makers, Ibomu says “Be the change you want to see! The future rests on your conscious choices. Be encouraged and stay inspired. You ain’t gotta do it all, but pick your target and do it with excellence.”